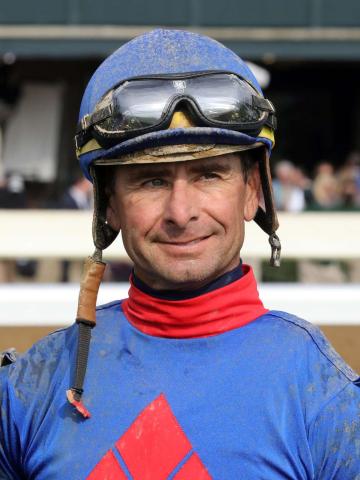 Has three wins in Central Bank Ashland (G1), a prep for the Kentucky Oaks (G1). Won the first Grade 1 race of his career when he rode 24-1 shot Hooh Why to win the race in 2009. He picked up the mount when jockey Rene Douglas became ill and was unable to ride. Other wins came in 2016 on Weep No More and 2017 on Sailor's Valentine.

Leading rider during the 2015 Fall Meet with 27 wins, including the Claiborne Breeders’ Futurity (G1) aboard Brody’s Cause.

Recorded his 4,000th career victory on July 31, 2016, when he rode Crooked Stick to win the eighth race at Ellis Park.

Racing is in Corey’s blood – his grandfather was a trainer who also had some horses, and his father, Gerald, was a jockey and a trainer. Corey grew up in Lafayette, Louisiana, where racing is an integral part of the local culture. He was always around horses and began galloping horses when he was 9. He received his first race-riding instructions at the late John Franks’ farm in Opelousas, and rode at the bush tracks before launching his professional career in 1991. Other jockeys who received their starts in the area are Racing Hall of Famers Calvin Borel, Kent Desormeaux and Eddie Delahoussaye.