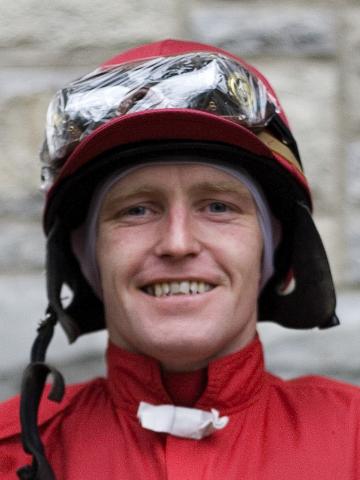 Scored the first Grade 1 victory of his career in 2009 at Keeneland when he rode Hot Cha Cha to win the Queen Elizabeth II Challenge Cup.

While James was in high school in Ireland, a guidance counselor asked him what he wanted to do with his life. He said he wanted to become a jockey. He left home at 15 and entered Ireland’s jockey school. He said there are two, two-week introductory sessions, the purpose of which in part is to try to determine if a person is actually jockey material, before beginning the 10-month course. During the course, students learn horsemanship, from cleaning stalls to grooming and tacking up the horses. “They teach you the basics, but then it’s up to you to improve,” he explained.

After he completed the course, he went to work for trainer John Oxx for about a year and a half, during which time he groomed horses, mucked stalls and exercised horses. But since riding opportunities were relatively scarce, he came to the U.S. shortly before the 2002 Breeders’ Cup World Championships. He exercised horses for trainer Jeff Thornbury at Keeneland and then took out his jockey’s license.