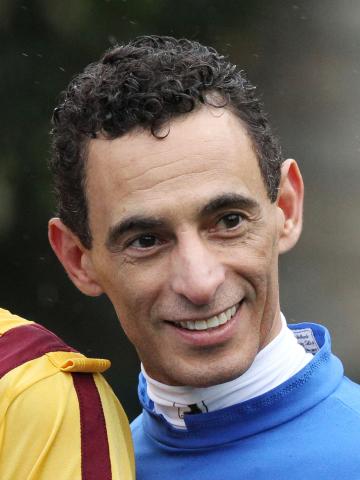 First Keeneland win/stakes win came during the 1994 Fall Meet when he won the Hopemont on Claudius.

Leading rider during the 2005 Spring Meet with 21 wins.

Also rode Malathaat to win the Breeders' Cup Distaff (G1) at Keeneland in her next start.

Inducted into the Racing Hall of Fame in 2012.

Two-time Eclipse Award winner as outstanding jockey – 2004 and 2005 – when he was North America’s leading rider by earnings.

Has three wins during the prestigious Royal Ascot meet in England on horses trained by Wesley Ward: 2009 Windsor Castle on Strike the Tiger, 2009 Queen Mary (G2) on Jealous Again and 2017 King's Stand (G1) on Lady Aurelia.

Won the 2014 Mike Venezia Memorial Award following a vote of fans on NYRA.com. The award recognizes jockeys who display the sportsmanship and citizenship that defined Venezia.

Won the Bill Shoemaker Award in 2004, 2011 and 2014 as outstanding jockey of the Breeders’ Cup World Championships.

Won 4,000th race on Sept. 28, 2008, at Belmont Park aboard Rogue Agent; won his 3,000th race at Saratoga on July 29, 2004, aboard Runingforpresident, coinciding with John Velazquez Bobblehead Doll Day at the track.

In June 1988 John entered the jockey school in Puerto Rico. He kicked off his riding career shortly after and scored his first victory at El Comandante Racetrack in 1990 aboard Rodas. He relocated to New York in March 1990 with Racing Hall of Fame rider Angel Cordero Jr.’s guidance. Cordero has acted as his agent since 1998.

John won first two Grade 1 races of his career in 1995 and the following spring captured his first riding title, at Aqueduct. He was the regular rider of Yanks Music, champion 3-year-old filly of 1996, who was trained by his father-in-law, Leo O’Brien.

He and Mike Smith are Co-Chairmen of the Jockeys' Guild.