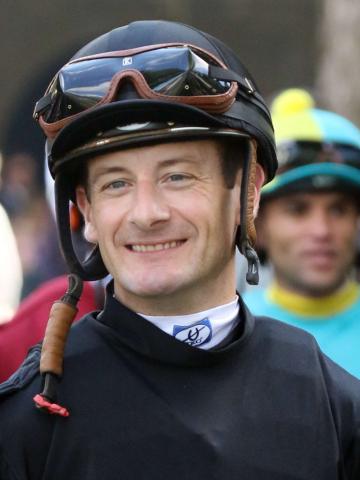 Second all time by stakes wins (66) and fourth by wins (510). Is Keeneland's leading active jockey.

Became the fourth rider in Keeneland history to win 500 races at the track on opening day of 2021 Spring Meet. His milestone win was aboard Gear Jockey in the fifth race. Other jockeys with 500 Keeneland wins are Pat Day (918), Don Brumfield (716) and Robby Albarado (526).

Won six races on a 10-race card on April 20, 2012, to equal Craig Perret and Randy Romero for most wins on a single card.

First Keeneland stakes win was the 2006 Lafayette on Likely.

Julien’s father, Robert, was a jockey who later became a trainer. Julien grew up around racing in Chantilly, France, but his father stressed the importance of his education. He came to Southern California in early 2003 to work as an exercise rider for trainer Patrick Biancone, but his riding talents were readily apparent and he launched his career as a jockey in the summer of 2005.

Julien is a Vice Chairman of the Jockeys' Guild.