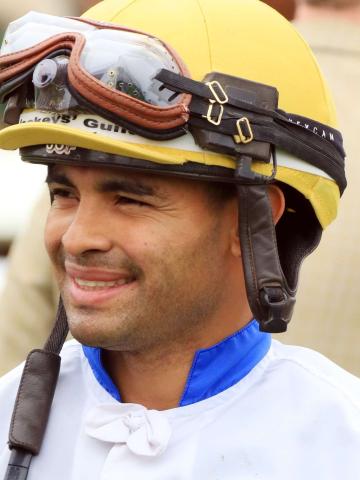 During the 2022 Spring Meet, won the Maker's Mark Mile (G1) on Shirl's Speight and the Elkhorn (G2) on Channel Maker.

Won five stakes during Fall Stars Weekend on the opening three days of the 2020 Fall Meet. On Friday, he took the Darley Alcibiades on Simply Ravishing. On Saturday, he won the Claiborne Breeders' Futurity (G1) on Esential Quality and the Woodford (G2) Presented by Keeneland Select on Leinster. On Sunday, he captured the Juddmonte Spinster (G1) on Valiance and the Bourbon (G3) on Mutasaabeq.

Rode Essential Quality to win his next start, the Breeders' Cup Juvenile (G1) at Keeneland.

Rode Brody's Cause to win the 2016 Toyota Blue Grass (G1) during the Spring Meet.

Equaled Gulfstream Park record when he rode seven winners there on Jan. 24, 2018.

Won five races at Belmont on May 31, 2013, that included back-to-back dead-heat wins.

Luis grew up on a farm in Panama and graduated from the famous Laffit Pincay Jr. Jockey School there in December 2009. He won 37 races in his native country before coming to the U.S. to begin riding at Calder.