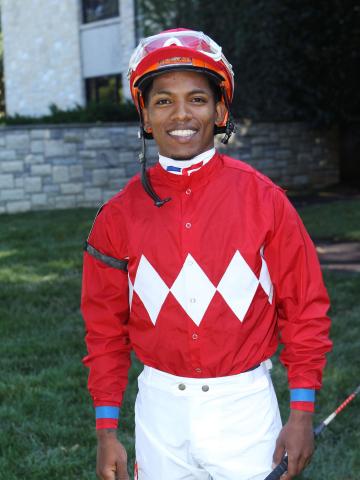 Leading jockey during the 2017 Fall Meet with 20 wins.

First stakes win was the 2018 Buffalo Trace Franklin County (G3) on Chanteline during the Fall Meet. Also won the 2019 Sycamore (G3) on Marzo.

Won the 2020 Kentucky Utilties Transylvania (G3) during the five-day Summer Meet on Field Pass. During the 2020 Fall Meet, he won the Pin Oak Valley View (G3) on Stunning Sky.

During the 2020 Breeders' Cup World Championships at Keeneland, he won the Breeders' Cup Juvenile Turf (G1) Presented by Coolmore America on Fire At Will. He scored undercard stakes wins on Joy's Rocket in the Songbird and on Nashville in the Perryville.

Scored 1,000th win April 12, 2018, at Oaklawn Park when he rode Westfest to win the sixth race. Westfest was trained by Steve Asmussen, for whom Santana often rides.

Ricardo is from Panama, also the birthplace of Hall of Famers Laffit Pincay Jr. and Braulio Baeza, and followed in the footsteps of his father, Ricardo Sr.

As a teenager attending jockey school, Ricardo said he watched Keeneland races on TV and imagined himself one day riding here.

“Keeneland is one of my dream race tracks,” he said nearing the end of the 2017 Fall Meet during which he won 20 races to lead all riders. His success included winning three races on a single program on two separate days.

After coming to the U.S. in 2008, Ricardo settled in at Delaware Park, where another Panamanian, Gabriel Saez, was already finding success. He scored his first North American win there in September 2009 and was the track’s leading rider in 2012.

Nine of Ricardo’s 20 wins during Keeneland’s 2017 Fall Meet were aboard horses trained by Steve Asmussen, making them the most successful jockey-trainer combination of the season. Asmussen has been instrumental in providing a steady stream of winners for Santana that includes Creator, on whom Santana scored his first Grade 1 triumph in the 2016 Arkansas Derby.

Ricardo’s mother, Bellanira, and father often joined him in Keeneland’s Winner’s Circle after a victory during the 2017 Fall Meet.

“This is the first year they have been here and they are enjoying coming to the races,” Ricardo said at the time. “I feel blessed that they are here.”