To mark Her Majesty The Queen’s Platinum Jubilee, British racing will make a special presentation to the winner of the Group 1 Queen Elizabeth II Challenge Cup at Keeneland in October to celebrate Her Majesty’s international impact on the global sport of horse racing.

The winning owner of the 2022 renewal of the race will be the recipient of a strawberry dish commissioned by Great British Racing International and QIPCO British Champions Series on behalf of British Racing, and produced by Royal jewelers, Garrard.

The Queen Elizabeth II Challenge Cup is among a number of races held globally that are that are named after Her Majesty The Queen. During a private visit to Kentucky in 1984, Her Majesty attended the inaugural running of the Keeneland race and presented the trophy to the connections of the winner, Sintra.

Together, the races are indicative of the respect in which Her Majesty is held by the world’s racing community, and are symbolic of her far-reaching impact on the sport.

“Keeneland is extremely proud to be a part of this unique Platinum Jubilee recognition for the winner of this year’s Queen Elizabeth II Challenge Cup. Her Majesty’s visit here is one of the most extraordinary events in Keeneland’s history, and we take immense pride that the race named in her honour is so globally prestigious.”

“Her Majesty The Queen’s lifelong passion for racing has created widespread interest and global investment in the sport throughout her reign and her attendance on a racecourse always creates a special occasion. That there are so many prestigious races named after her internationally is testament to her patronage of the sport throughout her life and we are delighted to be marking the Platinum Jubilee with this special presentation.” 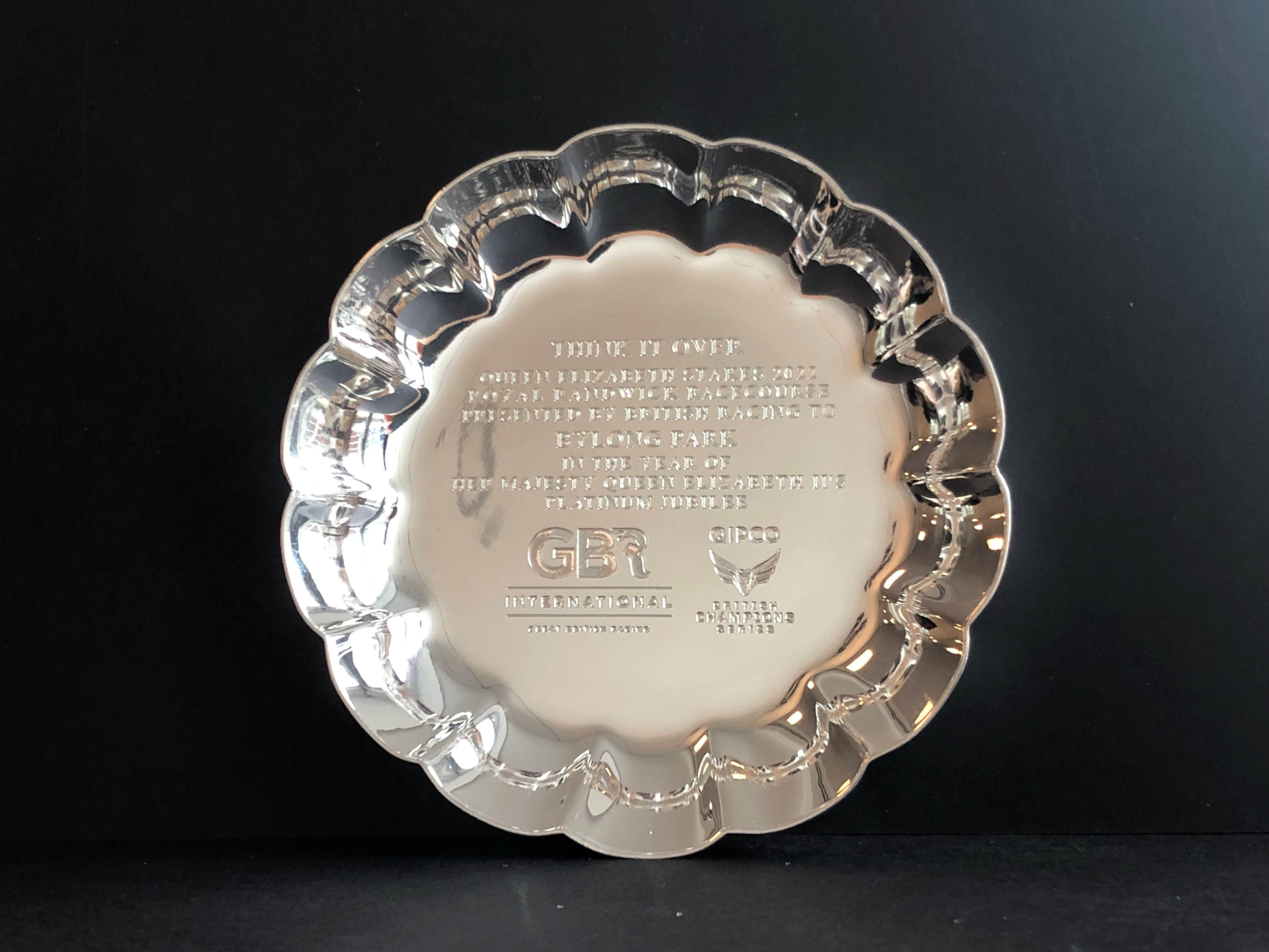