Expo Gold, whose daughter Swiss Skydiver made history yesterday by winning the $1 million Preakness (G1), will be offered in foal to multiple Grade 1 winner Catholic Boy on Nov. 9 during the premier Book 1 of Keeneland’s November Breeding Stock Sale. The 12-year-old daughter of Johannesburg will be consigned by Taylor Made Sales Agency, agent.

In the Preakness, Swiss Skydiver outdueled Kentucky Derby winner Authentic in a thrilling stretch battle and won the 1 3/16-mile race by a neck in 1:53.28 – second only to Secretariat’s stakes record of 1:53 from 1973. Only the sixth filly to win the Preakness, Swiss Skydiver showed that same grit against males in Keeneland’s Toyota Blue Grass (G2), when she led male rivals through zippy fractions before settling for the runner-up spot in a field of 13.

Swiss Skydiver is a headliner of her generation, and she has drawn comparisons to Hall of Fame fillies for her gallantry against male rivals. This year, Swiss Skydiver also has won the Alabama (G1), Santa Anita Oaks (G2), Gulfstream Park Oaks (G2) and Fantasy (G3), and she was second in the Kentucky Oaks (G1) and the Toyota Blue Grass. 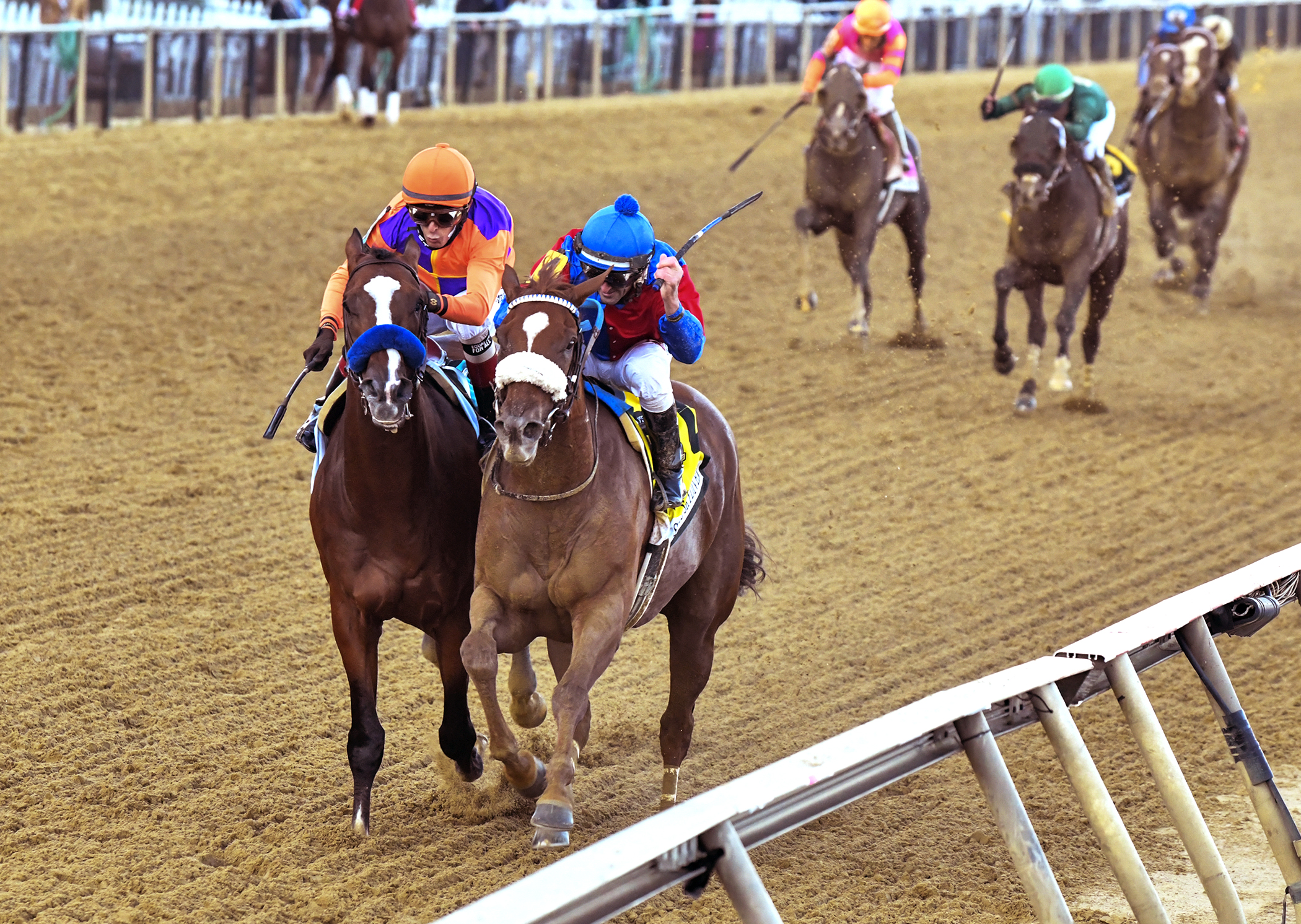 “The 2020 Preakness showcased the heart and tenacity of two great Thoroughbreds, and we’ll never forget their stretch battle,” Keeneland President-Elect and Interim Head of Sales Shannon Arvin. “Keeneland is so proud that our September Yearling Sale produced both Swiss Skydiver and Authentic, and now we are especially honored to be able to offer Swiss Skydiver’s dam, Expo Gold, at the November Sale.”

Expo Gold is in foal to the promising young stallion Catholic Boy, who, like Swiss Skydiver’s sire, Daredevil, is a son of the internationally acclaimed More Than Ready. Catholic Boy was a Grade 1 winner on turf and dirt before launching his stud career in 2020.

While Swiss Skydiver is becoming a racehorse for the ages, Expo Gold boasts a lineage rich with quality. Her sire, Johannesburg, is the broodmare sire of such additional standouts as Grade 1 winners Basin and Collected. Her graded stakes-placed dam is a reliable producer of winners, one of which is already a stakes producer.

In addition to Expo Gold, two other members of Swiss Skydiver’s family are cataloged to Book 1 of the November Sale: