Keeneland is excited to welcome Con Te Partiro – who began her career at Keeneland before winning stakes in the U.S. and at Royal Ascot in England and capturing two Group 1 races in Australia – back home for a start in the Breeders’ Cup World Championships on Nov. 6-7 and then offer her during the premier Book 1 of the Keeneland November Breeding Stock Sale on Nov. 9. The 6-year-old daughter of Scat Daddy, who will be cataloged as a racing or broodmare prospect, will be consigned by Bedouin Bloodstock, agent.

With starts at 14 tracks on three continents over five seasons of racing, Con Te Partiro has a story unlike any other Thoroughbred.

“Con Te Partiro has excelled at the highest level of international racing while she has exemplified just how small the global Thoroughbred industry is,” Keeneland President-Elect and Interim Head of Sales Shannon Arvin said. “We are thrilled to hold a Keeneland homecoming for Con Te Partiro. She sold as a yearling at the September Sale and she began her racing career here during the 2016 Spring Meet. We look forward to presenting her at the November Sale with all the fanfare she deserves.”

“It is remarkable to reflect on what Con Te Partiro has achieved in her racing career,” Waterhouse said. “It is a rare feat in itself to win stakes races on three continents, but it is her performances at the elite level in Australia for which she will be remembered. Con Te Partiro won both of the time- honored Group 1 races, the Coolmore Classic and the Coolmore Legacy, making her, arguably, the best-performed mare in Australia.”

“Con Te Partiro truly is a one-of-a-kind mare,” said Tom Ryan of SF Bloodstock. “Her accomplishments on the track – including two Grade 1 wins in Australia, stakes victories at both the Royal Ascot and Saratoga race meets and successes on both dirt and turf – put her in an elite category of racehorses with the ability to perform at the highest level around the world. 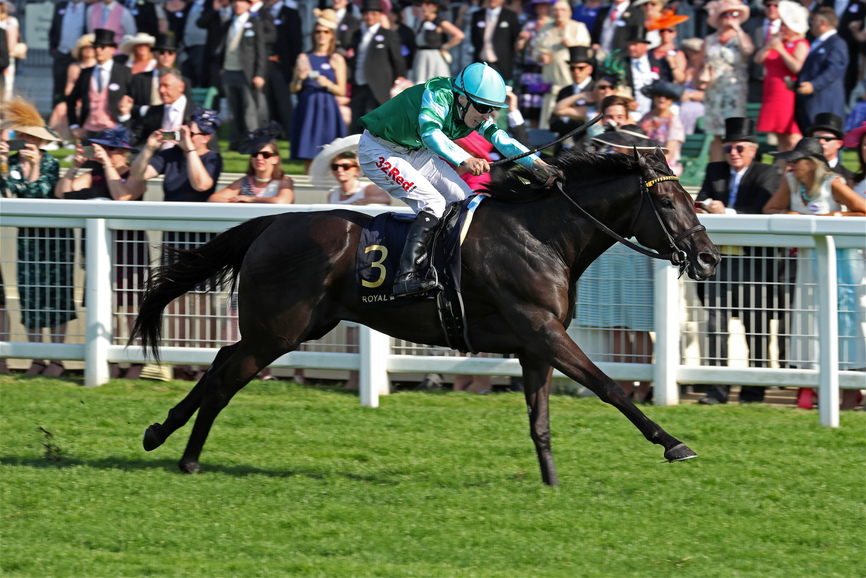 “We purchased her in 2018 as a beautiful stakes-winning filly by Scat Daddy from the family of Into Mischief, and we are proud to say she has exceeded all expectations since.”

Con Te Partiro’s return to Keeneland will come 4½ years after she opened her career here with a dominating 5½-length victory on dirt as a 2-year-old for trainer Wesley Ward and owner Hat Creek Racing. Transferred to turf, she won the Bolton Landing at Saratoga by 5¾ lengths and was second against males in the Juvenile Turf Sprint on the 2016 Breeders’ Cup undercard at Santa Anita. Her 3-year-old campaign included a trip to England, where she won the Sandringham at the prestigious Royal Ascot meet, and she raced in Grade 1 stakes at Del Mar and Keeneland. The next season, she was third in the Arlington Matron (G3) in Chicago.

Con Te Partiro is out of the Grade 1-placed Street Cry (IRE) mare Temple Street and hails from a Grade 1-producing female family. She is a half-sister to stakes winner and multiple graded stakes-placed Donworth and is from the extended family of four-time champion Beholder, Grade 1 winner Mendelssohn and Grade 1 winner and leading sire Into Mischief.

In addition, Con Te Partiro is from a commercially successful family with half-siblings selling for as much as $550,000. She herself is a graduate of Keeneland’s September Yearling Sale.