We are thrilled to supplement Union Strike to our Keeneland November consignment. Being a Grade 1 winner by top young sire Union Rags makes her a very special offering. - Mark Taylor, Vice President of Public Sales and Marketing for Taylor Made Sales Agency

Grade 1 stakes winner Union Strike, who captured the Gallant Bloom (G2) at Belmont last month, has been supplemented to Book 1 of Keeneland’s November Breeding Stock Sale as Hip 245E. Taylor Made Sales Agency will consign the 4-year-old filly by Union Rags as a racing or broodmare prospect. 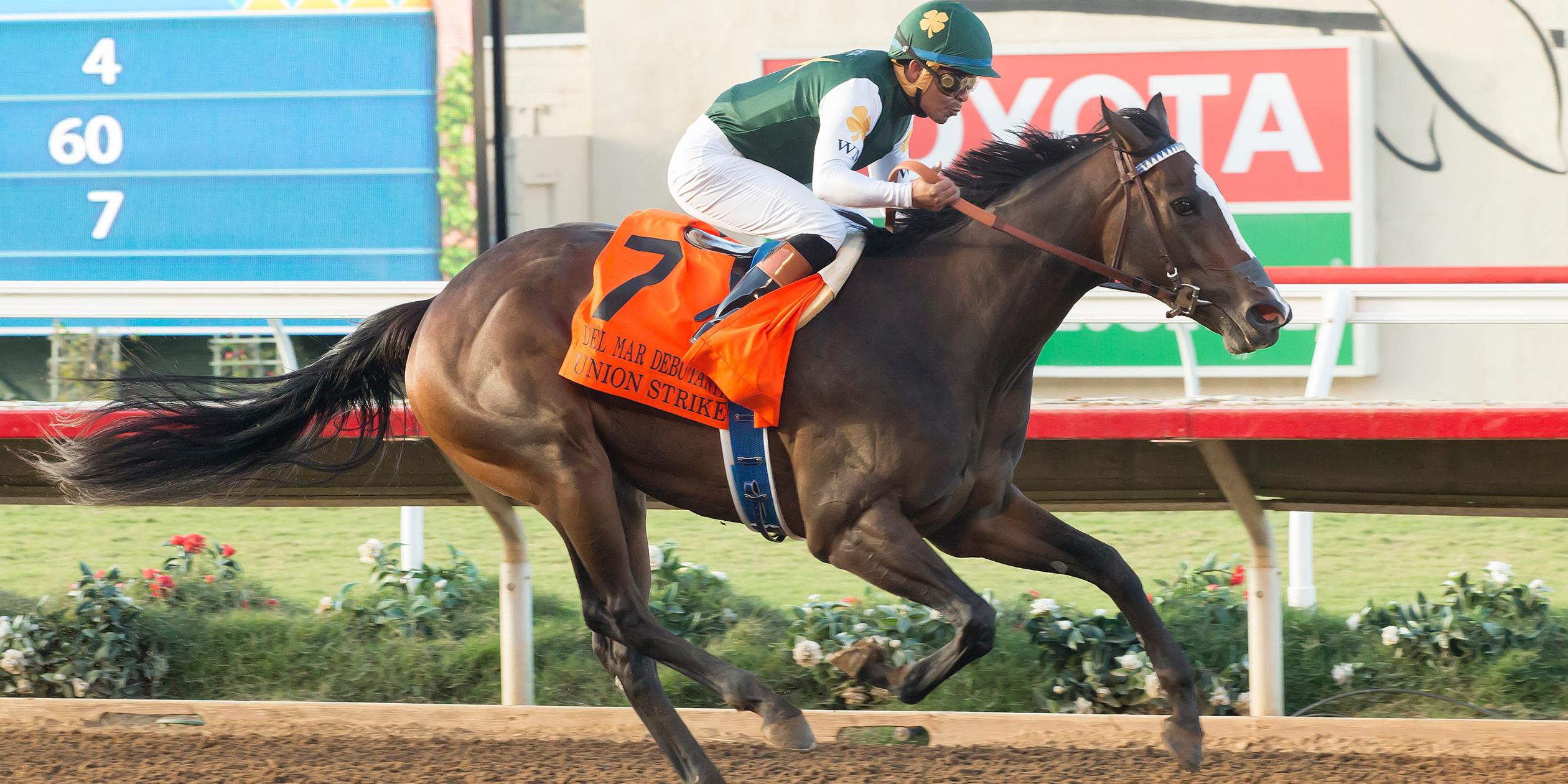 “We are thrilled to supplement Union Strike to our Keeneland November consignment,” said Mark Taylor, Vice President of Public Sales and Marketing for Taylor Made Sales Agency. “Being a Grade 1 winner by top young sire Union Rags makes her a very special offering. We sold her at Keeneland as a weanling, so I know her conformation matches her resume on the track.”

Union Strike has competed in top stakes company at major tracks across the U.S. throughout her career. She proved her talent immediately, winning her maiden in the Del Mar Debutante (G1) in only her second start to become the first graded stakes winner for Union Rags. At 3, Union Strike easily won the Santa Paula Stakes at Santa Anita and finished second by a head in the Eight Belles Presented by Kentucky Trailer (G2) at Churchill Downs. This year, she employed her characteristic come-from-behind style to win the Gallant Bloom over a strong field of stakes-winning fillies and mares.

Through three seasons of racing, Union Strike has finished first, second or third six times in 11 starts for earnings of $537,625.

“Union Strike’s stride was the most efficient I have ever seen,” said Mick Ruis, who owns the filly with his wife, Wendy.

“Keeneland is very pleased to have the opportunity to offer Union Strike,” Keeneland Vice President of Racing and Sales Bob Elliston said. “She is a beautifully bred Grade 1 winner who will be a highly prized addition to any number of major breeding operations.”

Keeneland’s November Sale, the most important auction of its kind in the world, is scheduled for Nov. 5-16. Keeneland will continue to accept supplements until the November Sale begins.