SF Racing’s His Glory went to the front shortly after the start, put away mild pressure in the far turn and then drew off to a 3-length victory in the President’s Cup Purse on closing day of Keeneland’s 17-day Fall Meet. (Click here for a replay of the race.)

After the race, Thomason received a julep cup from Trustee Bill Lear and his successor, Shannon Arvin. 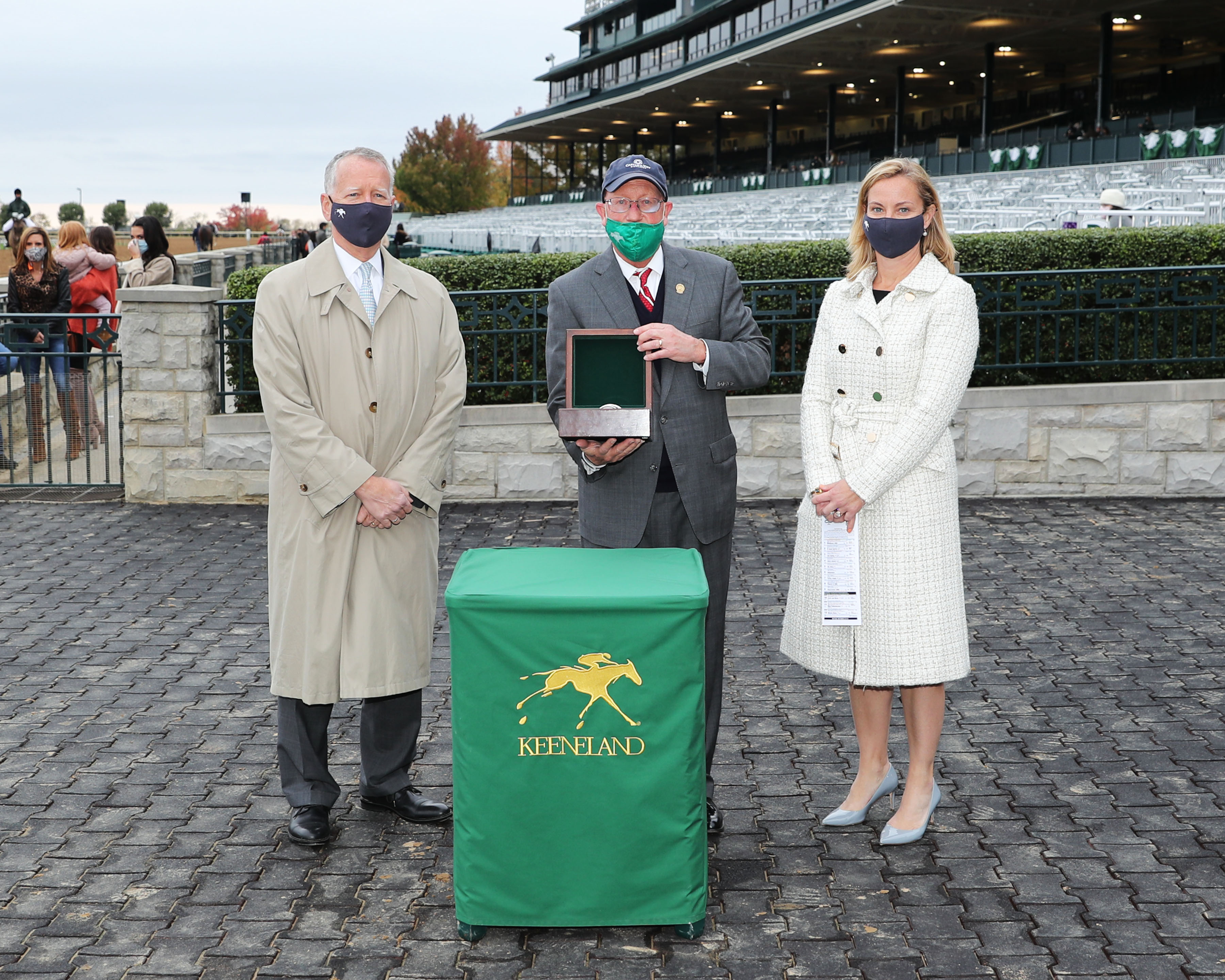 His Glory, who is trained by Joe Sharp and was ridden by James Graham, covered the mile on a main track rated as good in 1:39.41 in the race for 3-year-old fillies.

A Keeneland sales grad who was claimed in May by Sharp, His Glory is a Florida-bred daughter of Mineshaft out of the Aldebaran mare Glorious Sky. The victory was worth $35,640 and increased His Glory’s earnings to $179,275 with a record of 14-4-2-1.

Racing returns to Keeneland for the 37th edition of the Breeders’ Cup World Championships to be run Nov. 6-7.