Keeneland has announced that nine horses, including 2018 Grade 1 winner Fatale Bere (FR), will comprise a second group of supplemental entries to the catalog for the four-session January Horses of All Ages Sale, which begins Monday, Jan. 7, and runs through Thursday, Jan. 10. 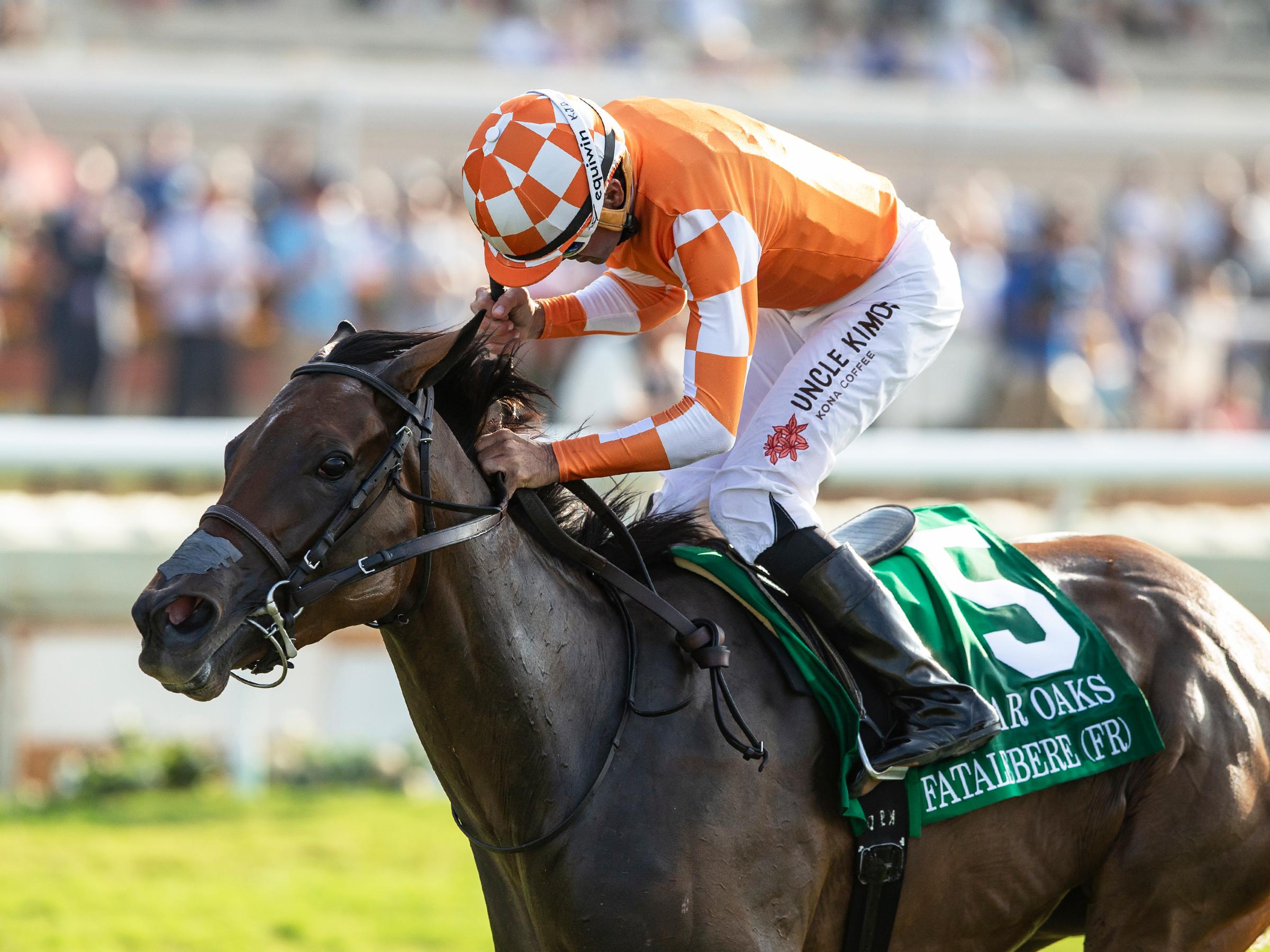 These additions, combined with the 11 supplemental entries announced Dec. 13, increase the total number of horses cataloged to the auction to 1,574. They include champion Abel Tasman among the 709 broodmares and broodmare prospects, 601 yearlings, 258 horses of racing age and six stallions in the catalog.

ELiTE is consigning Fatale Bere, cataloged as Hip 397K as a broodmare prospect in the opening session. The 4-year-old filly by the Group 1-winning Henrythenavigator stallion Pedro the Great has been a notable grass performer during her 11-race career that began at 2 in France, where she won her first two races and was third to future Group 2 winner Mission Impassible (IRE).

In her North American debut at 2, Fatale Bere captured the Surfer Girl at Santa Anita and spent the remainder of her career competing in graded stakes company in Southern California and New York, where she faced some of the top turf fillies of her generation. They included Rushing Fall, her rival in the 2017 Breeders’ Cup Juvenile Fillies Turf (G1) at Del Mar and the 2018 Queen Elizabeth II Challenge Cup Presented by Lane’s End (G1) at Keeneland.

Fatale Bere began her 2018 season with a win in the Providencia (G3) at Santa Anita. She became a Grade 1 winner when she closed late to win the Del Mar Oaks Presented by The Jockey Club over a field that included Grade 2 winner Ollie’s Candy, eventual Grade 2 winner and Grade 1-placed Californiagoldrush and eventual Grade 3 winner Colonia (FR).

The Monday session of the January Sale includes four new supplements. In addition to Fatale Bere, they are Pas de Soucis (IRE), a stakes winner in France and a Grade 3-placed runner at Kentucky Downs cataloged as a racing or broodmare prospect by Hunter Valley Farm, agent; and broodmare prospects Rain On The Dune (IRE), a daughter of Frankel who is a half-sister to Grade 1 winner Bellamy Road consigned by Taylor Made Sales Agency, agent, and Lori’s Attitude, a winner in 2018 consigned by Hill ‘n’ Dale Sales Agency, agent.

Of the five latest supplements on Tuesday, three are from the consignment of Indian Creek, agent: the broodmare Nothing to Wear, a half-sister to Grade 2 winner Wishing Gate in foal to Blame, and yearlings by Kitten’s Joy and Kantharos. Ashview Farm, agent, will offer the broodmare prospect Heavenly Lucky, a winner in 2018. Lane’s End, agent, has cataloged the Grade 1-winning stallion Morning Line.

Each of the January Sale’s four sessions begins at 10 a.m. ET, and the entire auction will be streamed live on Keeneland.com. TVG coverage of the sale will begin Sunday and continue the following two days with live coverage on TVG2.