A two-time Keeneland sales graduate, Knicks Go initially sold as a weanling for $40,000 at the 2016 November Breeding Stock. He was purchased for $87,000 by owner Korea Racing Authority from Woods Edge Farm, agent, at the 2017 September Sale. 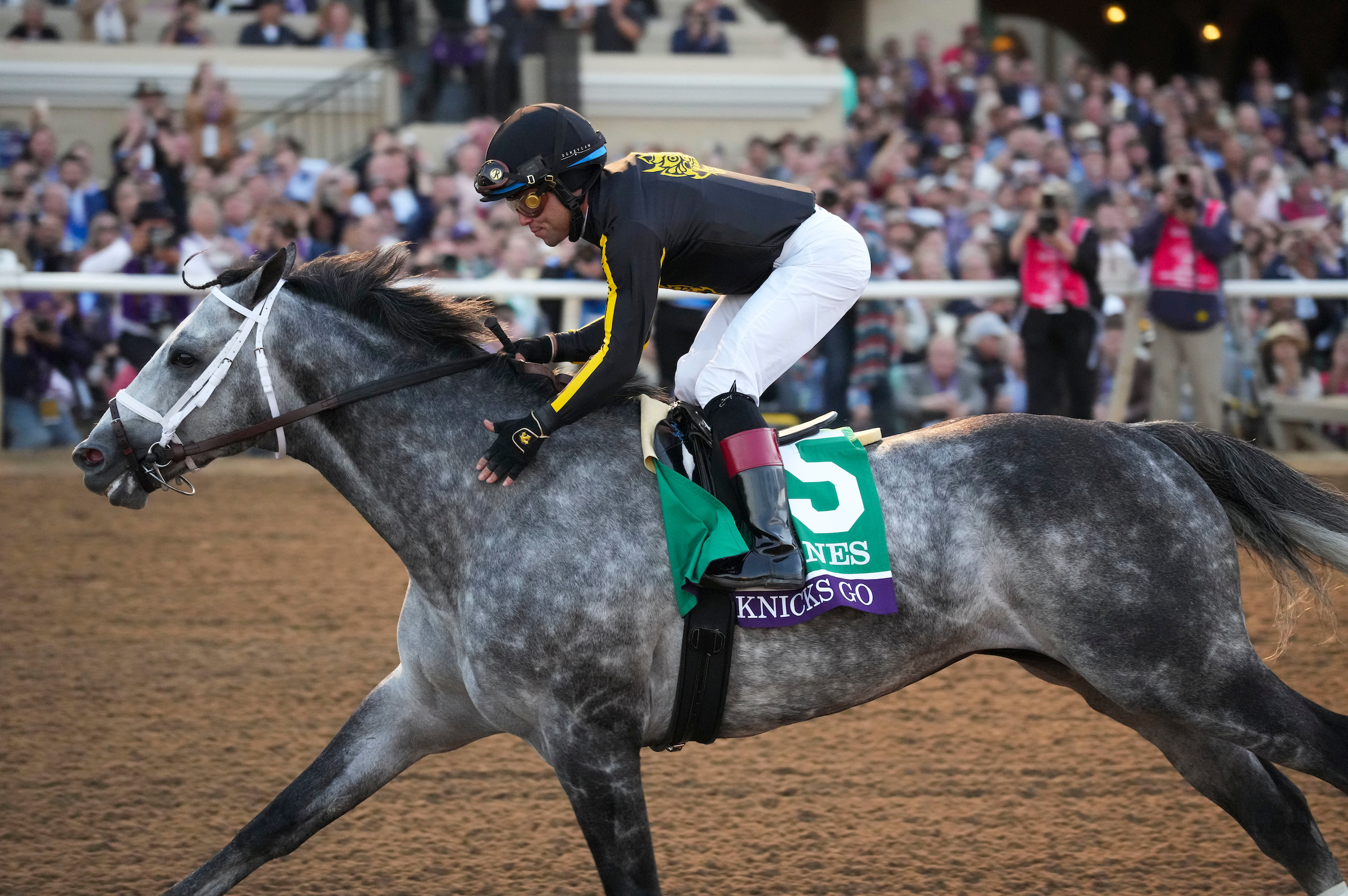 With his 2 3/4-length win in the $6 million Classic, the multiple Grade 1 earner of more than $8.6   million establishes himself as the favorite for Horse of the Year honors.

Aloha West, a graduate of the 2018 September Sale, won the $2 million Qatar Racing Breeders’ Cup Sprint (G1) by a nose over fellow Keeneland sale graduate Dr. Schivel in a thrilling finish. The son of Hard Spun was consigned to the September Sale by Nursery Place, agent. He finished second in the Stoll Keenon Ogden Phoenix (G2) on Oct. 8 at Keeneland in his final prep for the Breeders’ Cup. 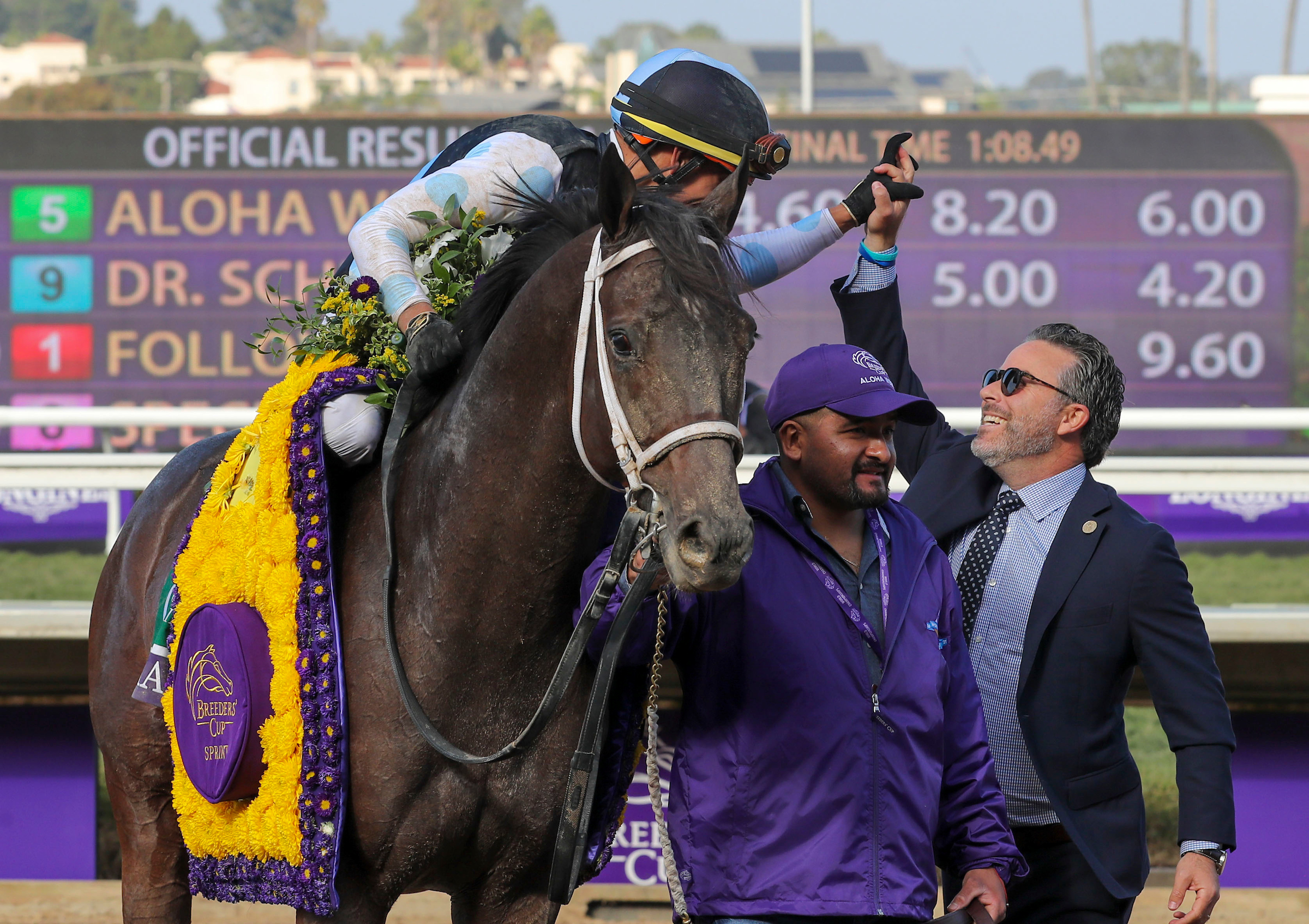 Another Fall Meet stakes winner to win a Breeders’ Cup race is September Sale alum Golden Pal, who captured the Woodford (G2) Presented by TVG on his way to a dominating victory in the $1 million Turf Sprint (G1). The Uncle Mo colt is based at Keeneland with trainer Wesley Ward. He was offered at the 2019 September Sale by Taylor Made Sales Agency, agent.

September Sale graduates Life Is Good, Ginobili and Restrainedvengence finished 1-2-3 in the $1 million Big Ass Fans Breeders’ Cup Dirt Mile (G1). Life Is Good led gate to wire to record a 5¾-length win, his fourth graded stakes victory this year. China Horse Club and Maverick Racing bought the Into Mischief colt for $525,000 from the consignment of Paramount Sales, agent, at the 2019 September Sale. 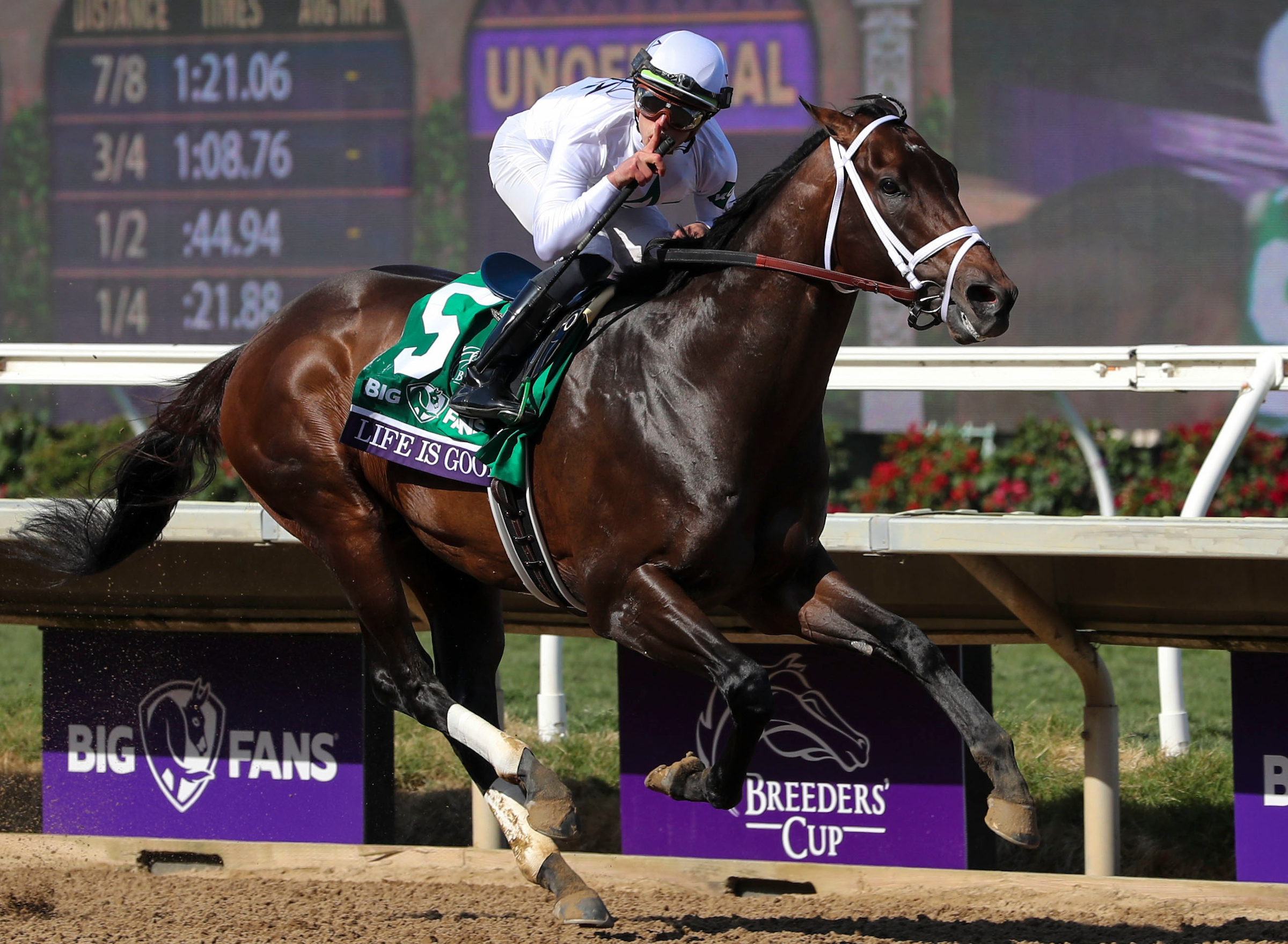 Two Keeneland sales graduates who were Breeders’ Cup-placed on Saturday are cataloged to the Nov. 10 opening session of the 2021 November Sale.Edgeway, second in the Breeders’ Cup Filly and Mare Sprint (G1), is consigned by Lane’s End as Hip 103. Charmaine’s Mia, third in the Turf Sprint, is consigned by Taylor Made Sales Agency, agent, as Hip 172. Both are cataloged as racing or broodmare prospects.

An unbeaten, multiple Grade 1-winning son of Quality Road, Corniche was offered at the September Sale by Stonehaven Steadings, agent. His half-sister Look Me Over, in foal to Kitten’s Joy, is consigned by Hunter Valley Farm as Hip 223 in Book 1 of the upcoming November Sale.

Echo Zulu recorded her third Grade 1 win in the Juvenile Fillies, cruising to an easy 5¼-length victory to keep her perfect record intact and all but clinch the Eclipse Award as champion 2-year-old filly. From the first crop of Gun Runner, Echo Zulu was consigned by Betz Thoroughbreds, agent, and purchased for $300,000 by co-owner Winchell Thoroughbreds.