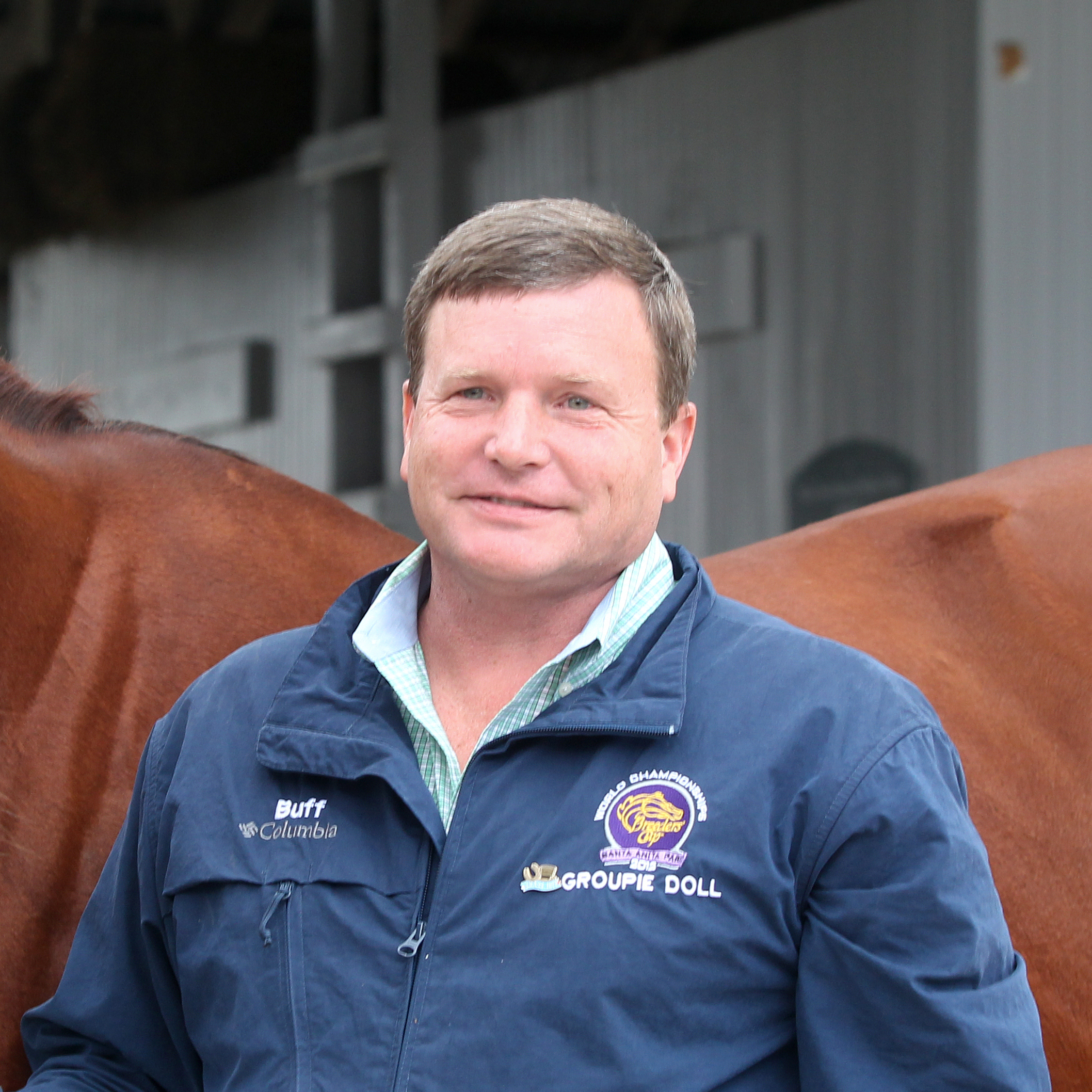 Keeneland has named lifelong horseman and former trainer William “Buff” Bradley to the new position of Associate of Sales Development. Bradley, who began his role Feb. 28, will concentrate on sales of breeding stock and horses of racing age.

“We are excited to have Buff join the Keeneland sales team to further strengthen our outreach to horsemen and their participation in our sales,” Keeneland Vice President of Sales Tony Lacy said. “Buff has tremendous experience as a breeder, owner and trainer and has gained the respect of a broad range of people in the industry, both professionally and personally.”

Bradley, who is from Frankfort, Kentucky, conditioned the earners of more than $19.2 million from 1993-2021. His most accomplished runners were two fan favorites: two-time champion and Breeders’ Cup Filly and Mare Sprint (G1) winner Groupie Doll, who earned $2.6 million, and Grade 1 winner Brass Hat, who earned $2.1 million. Bradley also trained Grade 1 winner and millionaire Divisidero and Grade 2 winner The Player. Brass Hat was a homebred racing for Bradley’s late father, Fred. He and his father bred Groupie Doll and co-owned her with Carl Hurst; the Bradleys and Hurst bred The Player, who raced for Buff Bradley and Hurst.

“I am grateful for the opportunity to join Keeneland and be part of a place that always has been special to my family and me,” Bradley said. “I was nine in 1972 when I came to the races for the first time with my parents and saw my dad’s filly You’re Worth win. In the mid-1990s at Keeneland’s September Yearling Sale, my dad bought two fillies who became the dams of Brass Hat and Groupie Doll. As a trainer, I was so proud each time I won a stakes here with our family’s horses.”

Bradley, who lives in Louisville, has three children, daughters Kory (26) and Jett (19) and son Drew (23). The 21-year-old Brass Hat resides at his Indian Ridge Farm in Frankfort.