“My kids have their boots by the door,” he said. “They have their coats by the door, and say, ‘Daddy, if we have a foal tonight, make sure you wake me up. And if you don't, you're gonna be sorry.’” 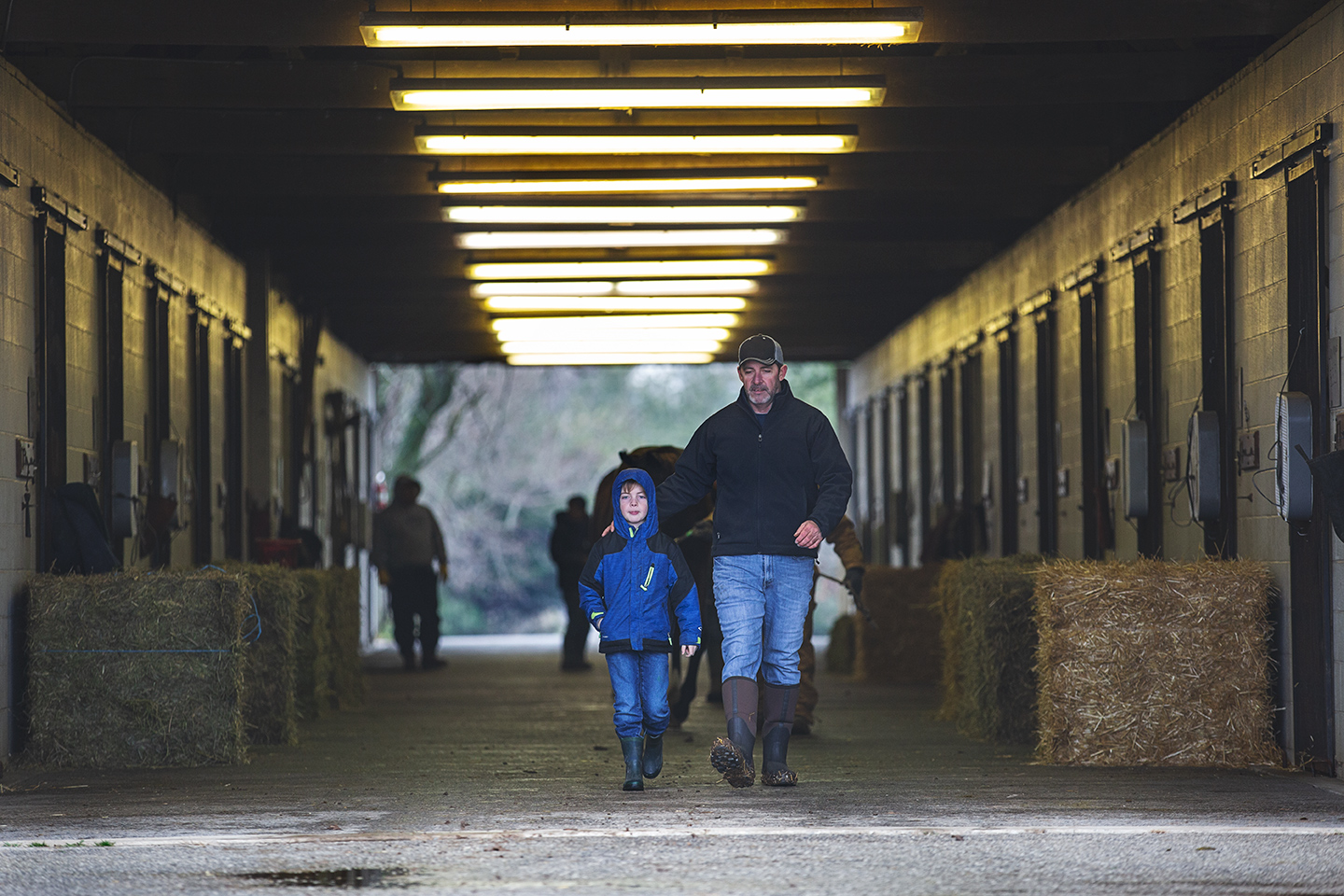 For Nance, when a foal is born, he’s not focused on who that foal might be when it grows up. He’s not thinking about the races it might win, the glory it might see, the purses it might earn or the history it might make. He’s focused on one thing in that moment: giving that foal the best start in life he can.

But there are moments—like when he sees a horse on TV winning the Breeders’ Cup Classic, with his kids jumping up and down next to him and asking if that’s one of the babies they helped foal and raise on their farm—when he remembers he’s part of a much bigger story. 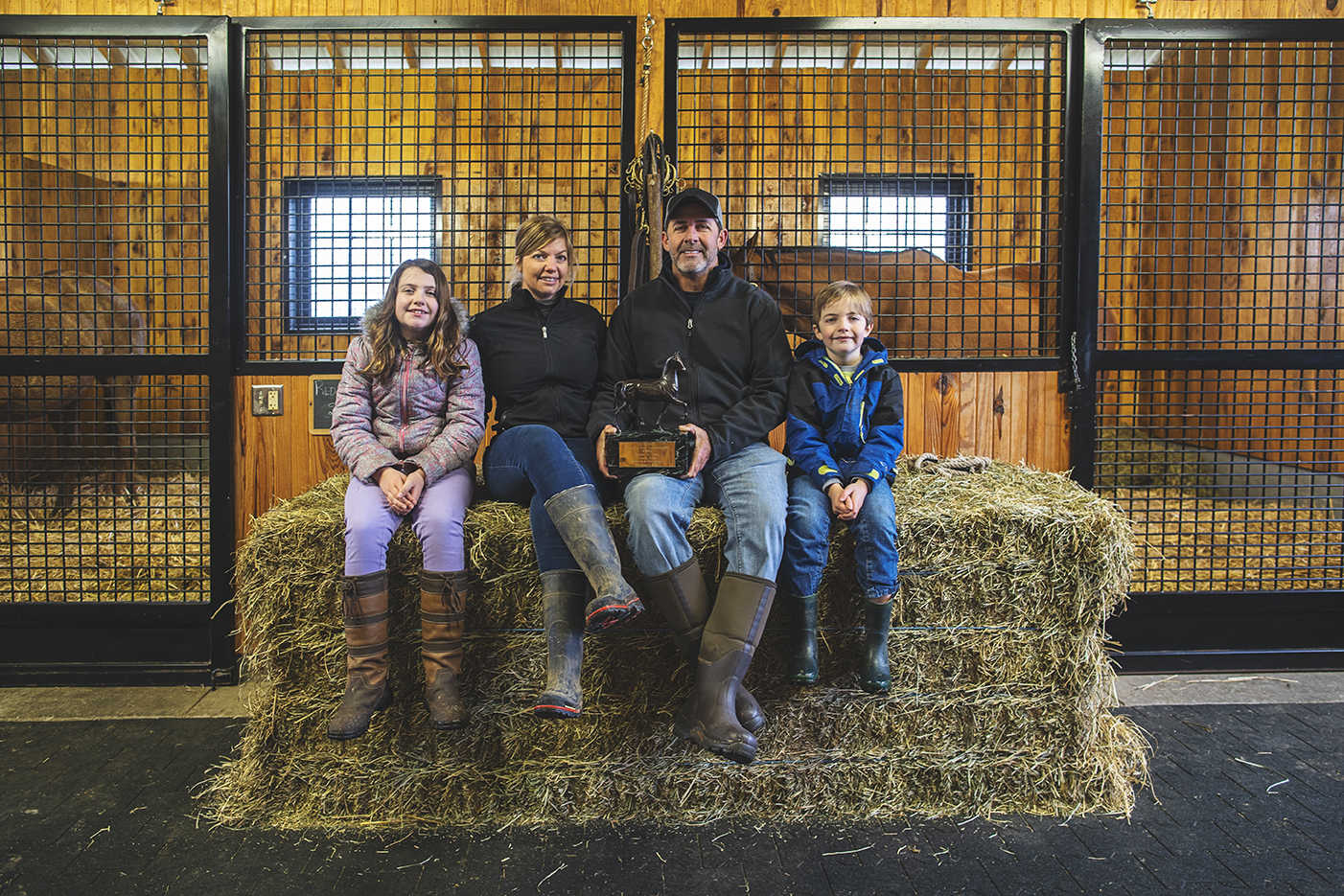 Thirty years ago, Nance couldn’t have imagined being a part of that story. He was a teenager when he got into the horse business—a teenager with no experience in the industry and a desire to prove his potential.

“I got into the business right after high school,” Nance said. “I didn't have the opportunity to go to college, so I wanted to go to work. And the best thing to do, at that time, was to get a job on a horse farm.”

At the time, he wasn’t thinking about the possibility of having a farm, a family, and a well-respected place in the Thoroughbred world. He was thinking about doing a hard job the right way, getting better day after day, week after week, season after season. 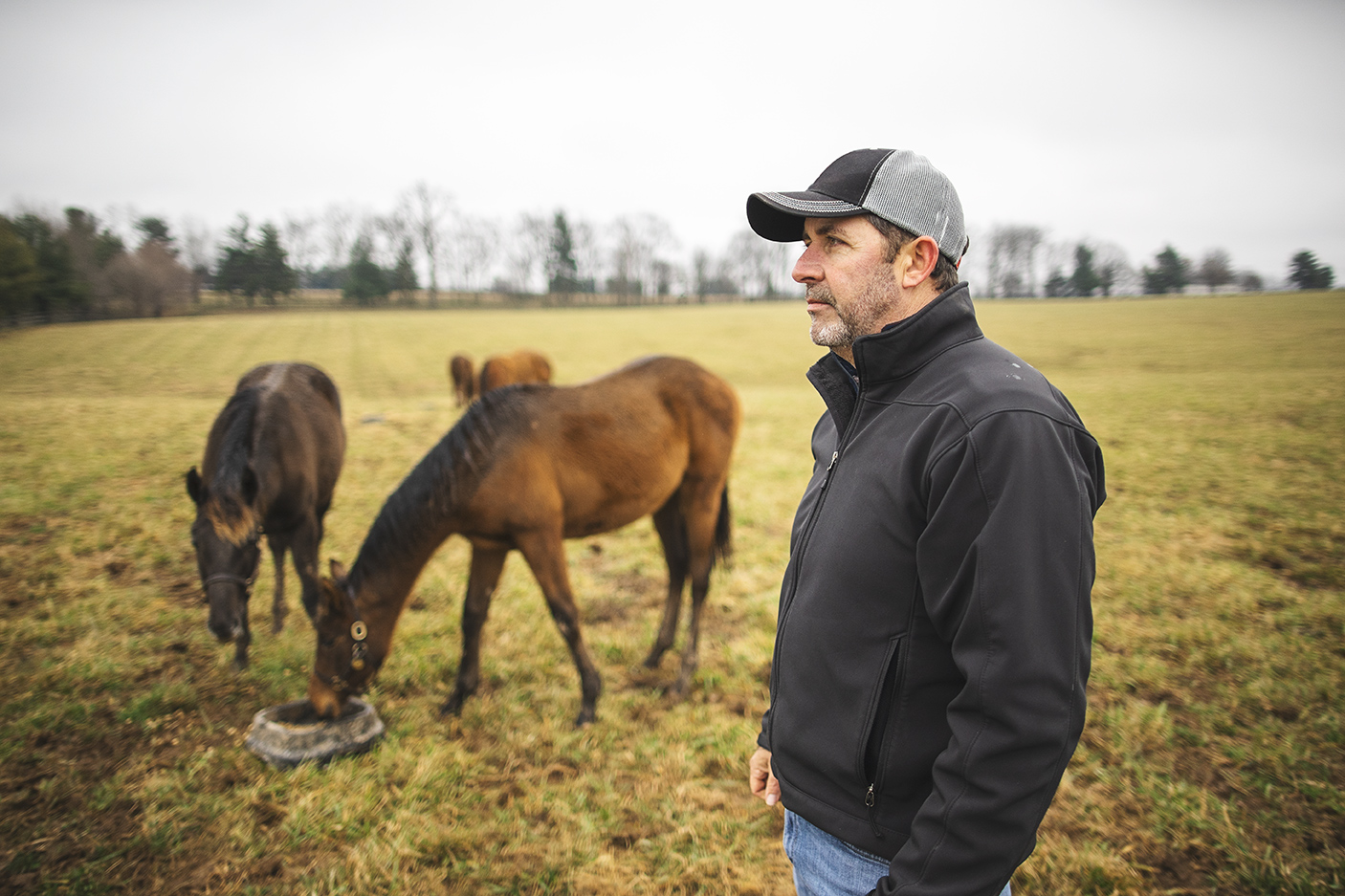 When the farm he worked at went out of business in 2008, Nance looked at what he’d learned over the past two decades and decided to go into business for himself. He started IR Bloodstock with five mares, three yearlings, his vet-tech wife and their one-year-old daughter.

Since then, Nance and his family have grown IR Bloodstock over the last decade through hard work, long days and even longer nights tending to laboring mares and newborn foals, all to give each horse the best possible start.

“What makes this job so special for me is being a part of these young horses’ lives,” Nance said. “Taking care of them on a daily basis, tending to their needs, and laying out a path for them to have an opportunity to be successful at what they were meant to do.”

Nowhere is that sense of potential and opportunity clearer than in the story of Accelerate, foaled and raised by Nance and his family on their farm for breeder and longtime client Mike Abraham before selling at the 2014 Keeneland September Yearling Sale. Winning nine graded stakes races over the course of three seasons of racing, Accelerate was nothing short of spectacular in 2018 with five Grade 1 wins that culminated in the Breeders’ Cup Classic. His incredible five-year-old season positioned him as a 2018 Eclipse Award finalist for Horse of the Year and Older Dirt Male. 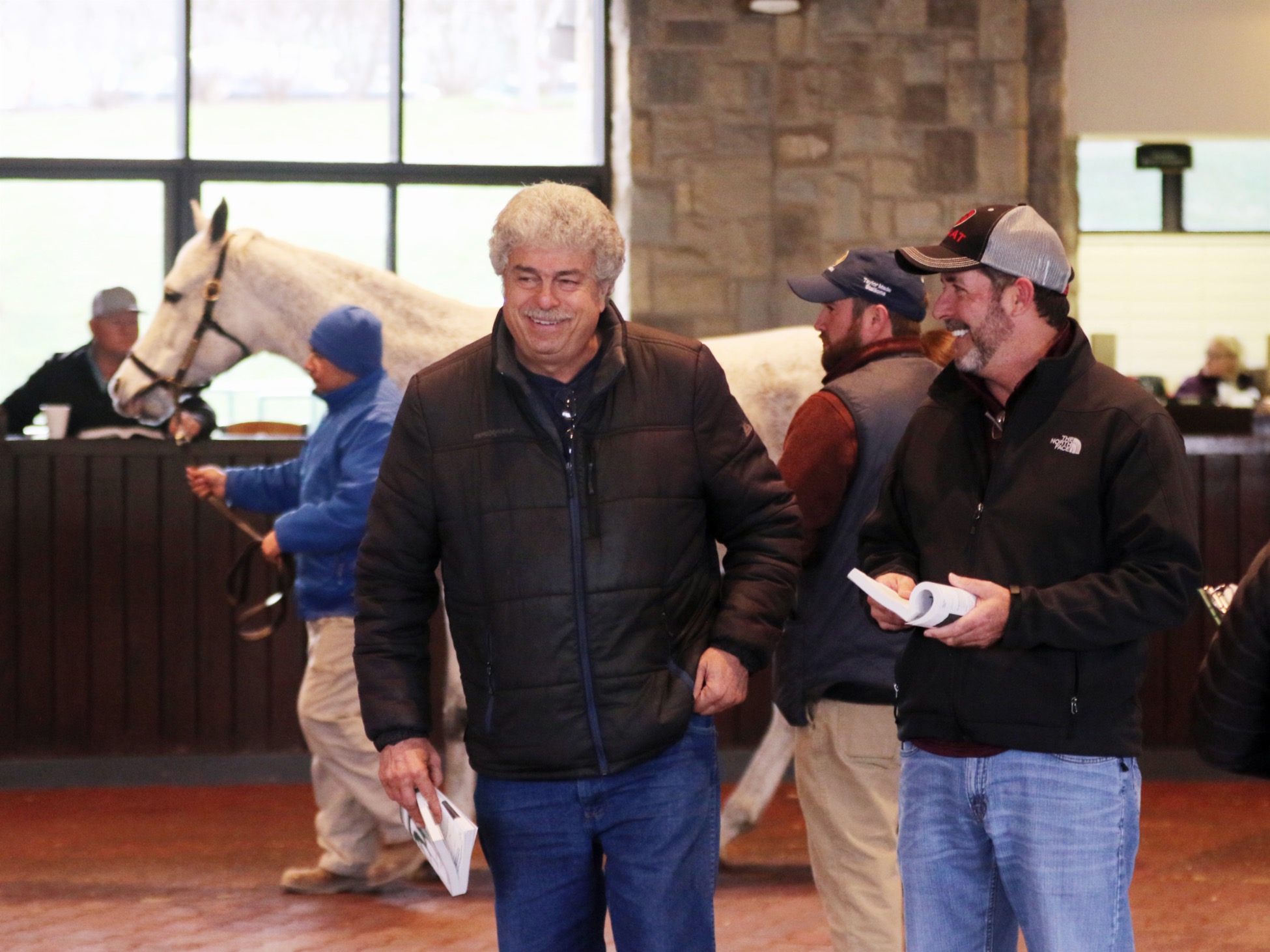 Accelerate’s story is just one of many that started at Nance’s farm. His children have grown up on the farm, active in farm life since the day they were born. As babies, they were brought to the barn in strollers as Nance and his wife worked.  Now, at ages ten and seven, they’re helping raise the next generation of Thoroughbreds alongside Nance and his wife.

Nance has always been focused on the job at hand—caring for his family, his farm, and the horses in his stead. But along the way, he’s picked up more than just experience. His life’s work has taught him the value of dedication and hard work. It’s given him new levels of patience, forgiveness and compassion.

“I think working with horses has made me into a much better person than I would have been without,” said Nance. “I hope that passes on to my children, because horses can teach you things that no one else can.” 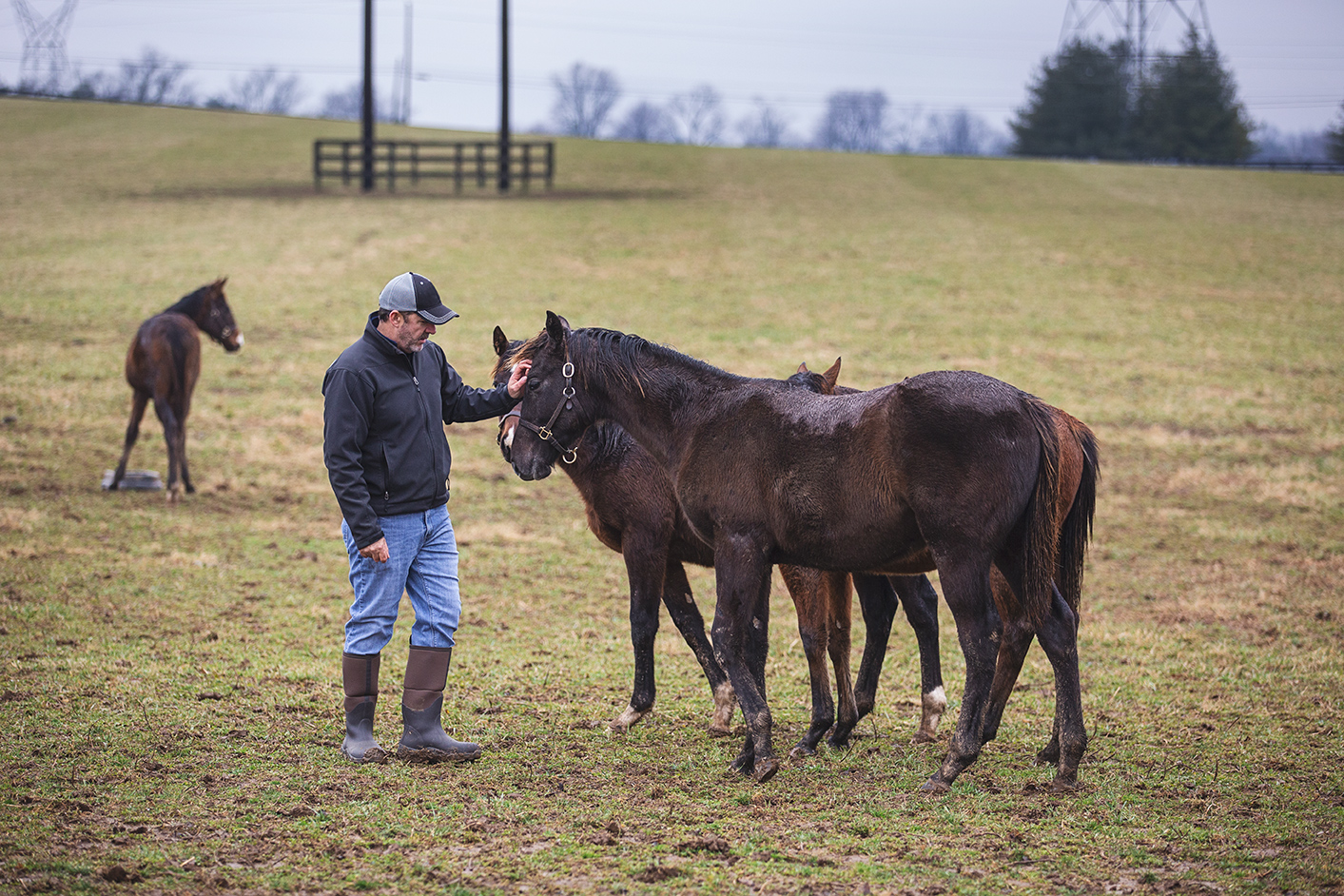 Like any job in the Thoroughbred industry, it hasn’t been an easy one. “This is a business where there’s going to be highs and lows,” said Nance. “The highs are great, the lows are horrible. But when you’re out doing the right thing each and every day, good things are going to happen.”

For Nance, a man used to seven-day-a-week work, those days start the same way. He wakes up, greets his family, and then walks outside to comb the fields and check on the horses in his care. It’s his favorite time of day—a time to reflect on his life, feel grateful for the opportunities he’s had, and then get to work. One day at a time, the way he always has. That’s how careers are built, and how the larger stories that make up the Thoroughbred industry are written.