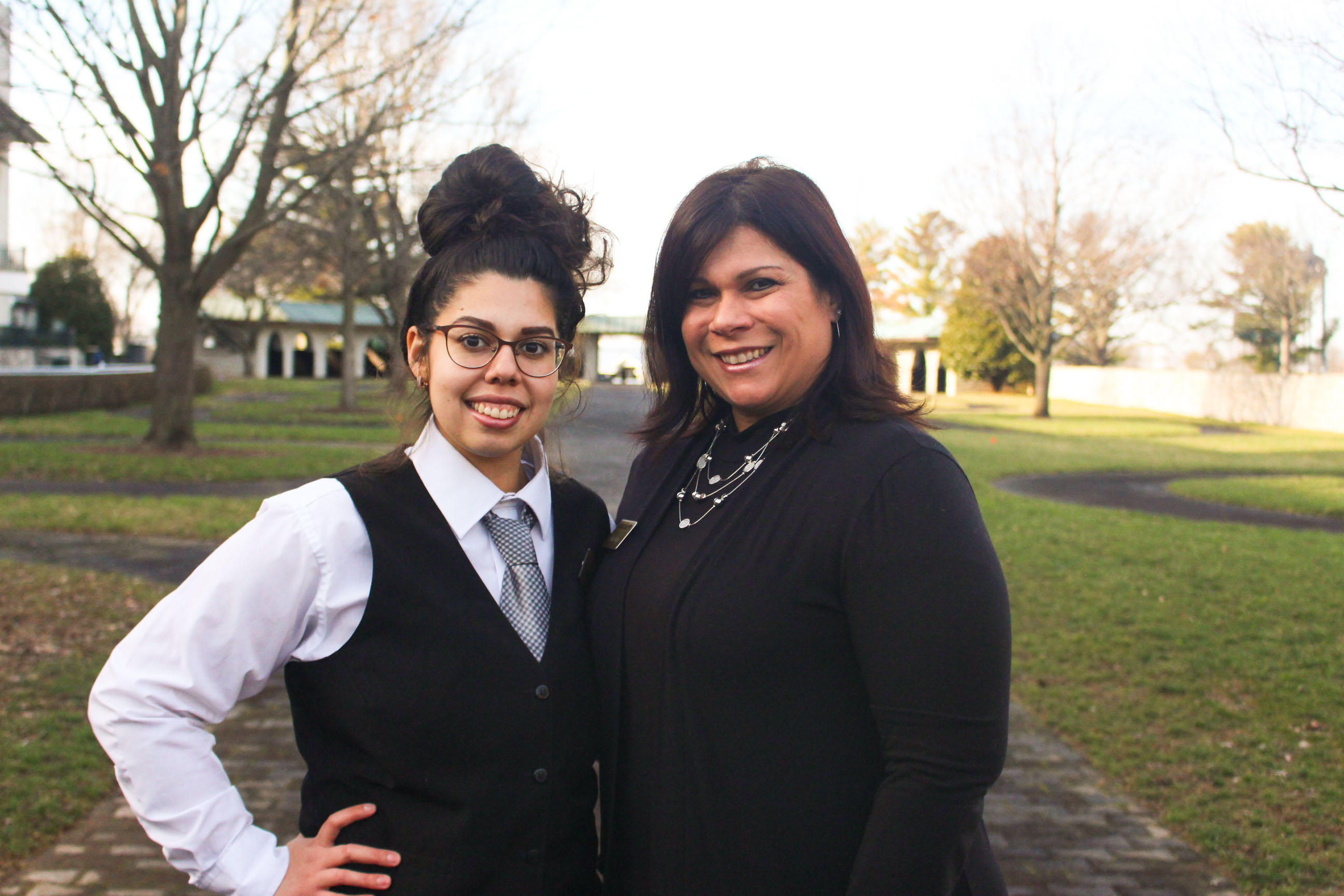 Rosa Vega thought she was taking a temporary job. Instead, she found a new career as Human Resources Manager for Keeneland Hospitality.

In 2011, Vega was working full time for the Lexington-Fayette County Health Department as an assistant and Spanish interpreter. As a single mother seeking extra income, she secured work for Keeneland’s April and October racing seasons. No job was too big or too small for Vega, who began as a server and occasional bartender but quickly rose through the ranks. She excelled as captain of a popular Keeneland dining room and in 2015 was promoted to full-time catering manager. Last year, she accepted her current position in Human Resources.

“I am grateful to see how far I have gotten in my time at Keeneland,” she said.

Hard work paid dividends in other ways. Vega’s daughter Gabriela followed her mother’s lead with seasonal Keeneland Hospitality work. She is now getting her master’s degree in public health at Eastern Kentucky University.

“That means the world to me,” Vega said. “I have always been a hard worker, and Gabriela has seen it. I used to come home from Keeneland and talk about the beautiful events, the good food and the extra money I made. I always told her what a wonderful place Keeneland is to work.”

In her current role, Vega receives great satisfaction seeing new hires evolve into exceptional employees. She spends much of her time at her office, where her open-door policy allows employees to discuss their ideas and needs. In February, she dedicates part of the day to the re-hiring process by categorizing returnees based on their assignments and then distributing the information to Keeneland Hospitality team leaders. The department will be seeking new faces at the Keeneland Job Fairs on Feb. 29 and March 23, at the Hiring Center on Tuesdays and Thursdays in March and from online applications.

“When someone applies, they should come with an open mind and be ready to work with a diversity of people,” Vega said. “I suggest they learn as much as they can. There is no job too little because every job at Keeneland connects to a bigger one and they’re all important.”

Originally from the Virgin Islands, Vega knew nothing about Keeneland when she relocated to Lexington in 2003.

“I may not have been born here, but I call Kentucky my home,” she said. “I rarely watched horse racing, but now I am in the know. It’s part of the culture.”

Her appreciation for Keeneland begins anew each day when she arrives at the spacious and scenic property.

“From the moment I drive in through the gate and see the beauty of the fields and campus, it just makes my stressful morning seem like it’s left behind,” Vega said. “I am a people person and I love to talk to everyone. Those who know me know that I don’t know a stranger. Everyone is so friendly at Keeneland. They just love to be here.”