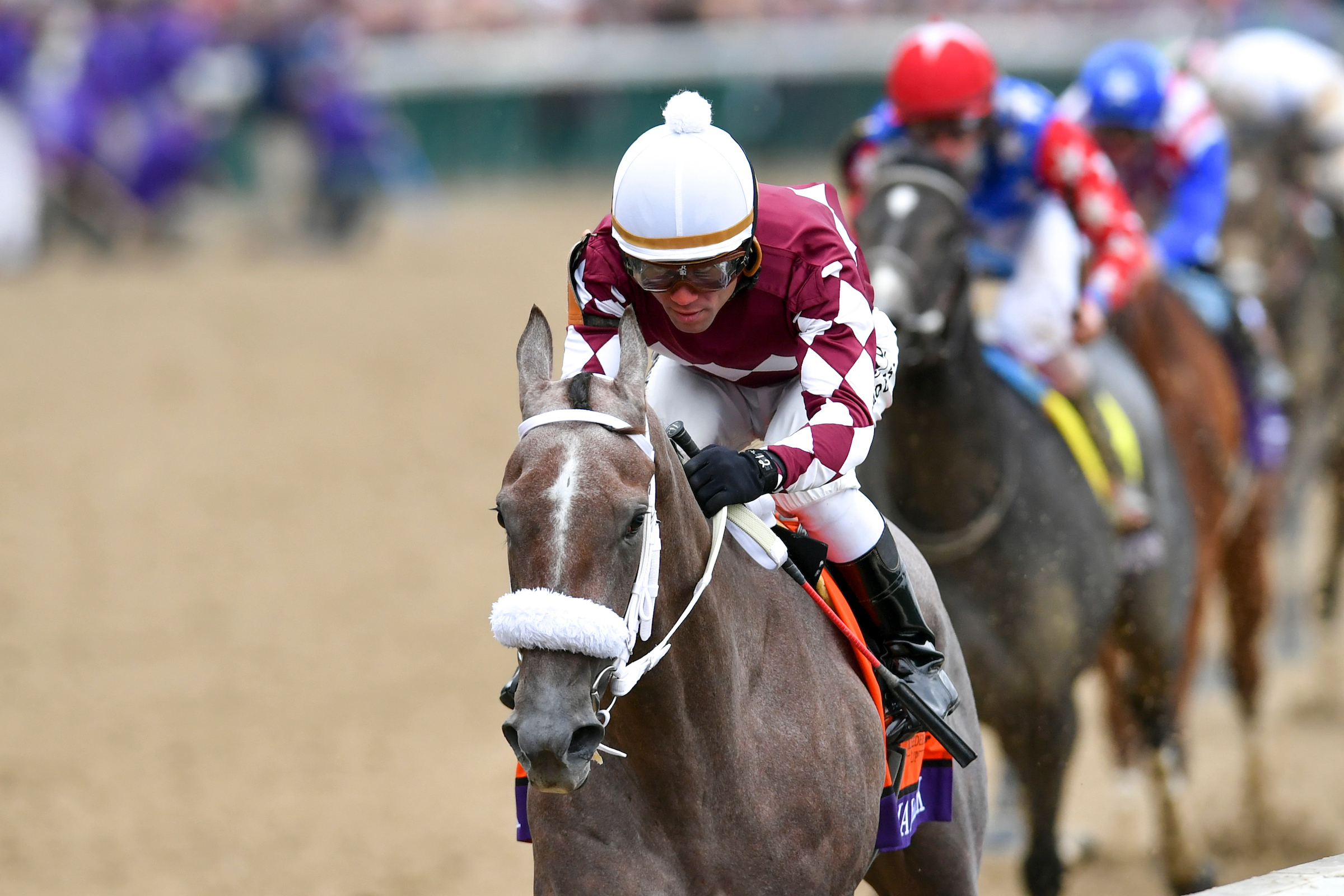 Thirty-four fillies who raced in the 1 1/16-mile Central Bank Ashland have won the Kentucky Oaks at Churchill Downs, including three of the past four Oaks winners: champion Monomoy Girl (2018), Cathryn Sophia (2016) and Lovely Maria (2015).

The 1 1/16-mile Central Bank Ashland awards 100 points to the winner on the Road to the Kentucky Oaks. The next three finishers receive 40 points, 20 points and 10 points, respectively.

TVG will provide live, enhanced coverage of the Central Bank Ashland and all Keeneland stakes.

Serengeti Empress, who has 60 points to top the Road to the Kentucky Oaks leaderboard, is a graduate of two Keeneland sales. She sold for $25,000 as a weanling at the 2016 November Breeding Stock Sale and was purchased by Politi for $70,000 as a yearling at the 2017 September Sale.

Last year, Serengeti Empress won the Ellis Park Debutante before taking the Pocahontas (G2) at Churchill. She made her 3-year-old debut in the Feb. 16 Rachel Alexandra at Fair Grounds for trainer Tom Amoss.

Jaywalk, who has 30 points on the Road to the Kentucky Oaks, sold to trainer John Servis, agent, for $190,000 at the 2017 September Sale. Last year, the daughter of Cross Traffic won the White Clay Creek Stakes at Delaware Park before capturing the Frizette (G1) at Belmont and Tito’s Handmade Vodka Breeders’ Cup Juvenile Fillies (G1) at Churchill.

Jaywalk is expected to make her 2019 debut in Saturday’s Davona Dale (G2) at Gulfstream.

Kiaran McLaughlin leads all trainers by nominees to the Central Bank Ashland, with eight. He won the race in 2008 with Little Belle.

The late nomination period for the Central Bank Ashland is Wednesday, March 20.

Keeneland’s 16-day Spring Meet runs Thursday, April 4, through Friday, April 26. The season will open a day earlier than in recent years with a first post of 3 p.m. for the eight-race card, which includes the inaugural running of the $100,000 Palisades Turf Sprint for 3-year-olds at 5½ furlongs on the turf.

Racing will be held Wednesday through Sunday, except Easter Sunday, April 21, when Keeneland is closed.

After the four-day opening weekend, action will shift to Keeneland sales with the resumption of the April Two-Year-Olds in Training and Horses of Racing Age Sale on Tuesday. April 9.

Preview Day, on which cataloged horses will work on dirt or turf, is Monday, April 8.