As a child, Madison Reynolds fondly recalls receiving a treat from the Keeneland concession stand where her grandmother Mary Ann Jones works. But she did not know that she was getting far more than a warm beverage.  The 18-year-old freshman at Bluegrass Community and Technical College has no worries about future college funding thanks to the checks from Mary Ann’s 35 years as a Keeneland seasonal employee. Visiting Mary Ann’s concession stand also inspired Madison to join the Keeneland Hospitality team, and they spend plenty of time together with their roles. 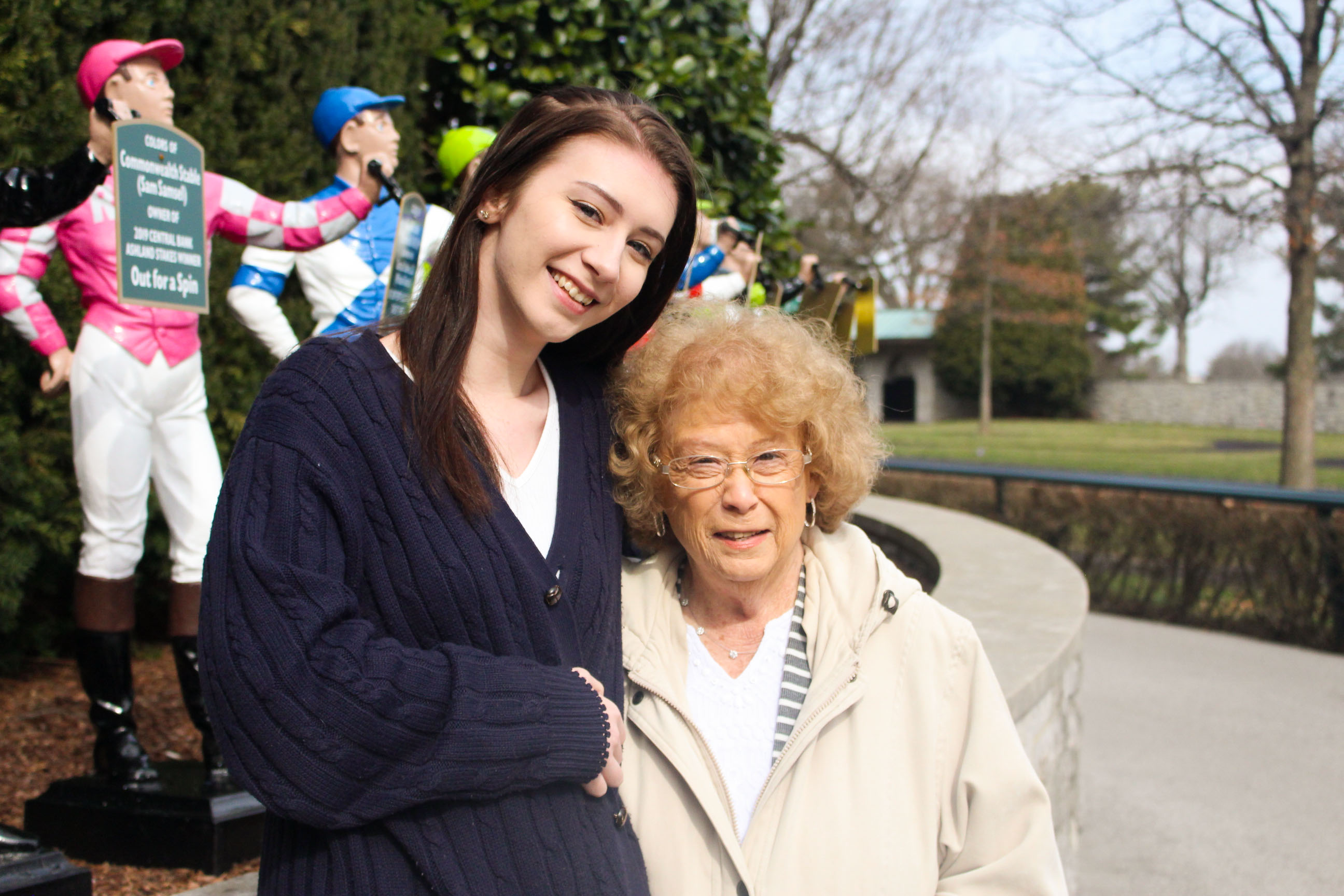 “I remember going with my Mom to pick up my Grandmother at work, and I would get a hot chocolate at her stand,” Madison said. “When I turned 16, she suggested I come work with her.”

She also became Mary Ann’s driver. They carpool to Keeneland during the Spring and Fall racing seasons and walk together to clock in before going to separate stations. Madison spends the day at a popcorn and ice cream booth on the second floor of the Grandstand, and Mary Ann oversees a location near the Saddling Paddock that specializes in barbeque sandwiches. The two often take time out to eat lunch together.

Madison said Keeneland is a perfect place for young people to join the workforce. In addition to the obvious financial incentive, the energized and innovative environment provides an excellent opportunity to learn job skills and life lessons while making new friends.

“I recommend working at Keeneland to a lot of my friends,” Madison said. “It is a great job for younger people because everyone is so helpful. You don’t feel pressured because they all want us to succeed. And it is a fun time.”

Mary Ann had similar comments for a different generation. She suggests that retirees join the Keeneland Hospitality team.

“I tell them ‘go for it,’” she said. “The money is good and it is only three weeks in April and three weeks in October. It’s a fun place and you meet all kinds of nice people.”

She echoed Madison’s observation about feeling at ease.

“Keeneland makes everything as easy as possible,” she said.

As a staff leader at the concession stand, Mary Ann thrives on her duties that keep the patrons’ wait times to a minimum even on the busiest days. She attributes the efficiency to Keeneland’s constant improvements such as upgraded cash registers and fewer food and beverage options, which results in quicker service.

Mary Ann came to her role via a friend who suggested she take a Keeneland job as something of a hobby in 1985. From 1991-2014, she balanced her April and October obligations with her position in the constable’s office in downtown Lexington.

When Madison was about 3, Mary Ann decided to use her Keeneland wages for the college fund. She gleefully talks about the satisfaction of personally depositing those checks. The account continues to expand because Madison has scholarships, but withdrawals will occur when she transfers to the University of Kentucky to study linguistics.

“I am very proud of that,” Mary Ann said. “I loved putting those checks in the bank and I am thrilled to have it for her college and maybe a car.”

Mary Ann has never tired of her Keeneland tasks and eagerly anticipates receiving her confirmation letter in the mail each February. With the Spring Meet on the horizon, she counts the days until she is back at her home away from home for three weeks. Spending time with her granddaughter is a bonus.

“Something about Keeneland draws you back every year,” Mary Ann said. “When the meet is over, I cry because I don’t want it to end. Even after all these years, I look forward to every meet. It is a part of my life.”