Unicorn Girl, who is in foal to leading sire Into Mischief, and her weanling son both are consigned by Beau Lane Bloodstock, agent, in the premier Book 1 on opening day.

Catalog pages for the two horses will be released later this week. 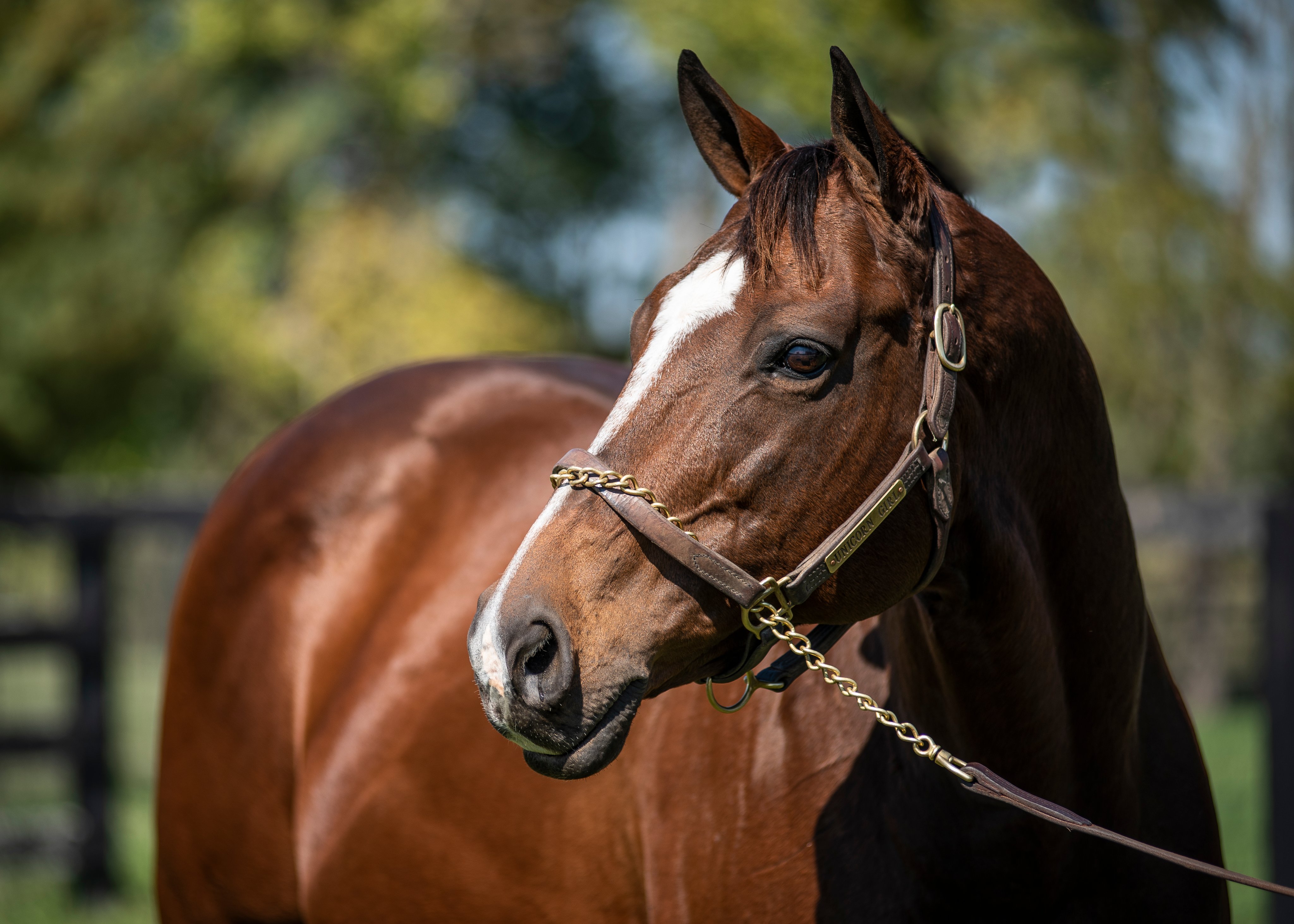 In Saturday’s Champagne (G1) at Belmont, Jackie’s Warrior dominated his rivals with a front-running 5½-length victory. The effort solidified the colt’s status as a favorite in the Nov. 6 Breeders’ Cup Juvenile at Keeneland and set the graduate of Keeneland’s 2019 September Yearling Sale on course for an Eclipse Award as division champion.

“It was a very impressive victory for Jackie’s Warrior in the Champagne, and Unicorn Girl in foal to Into Mischief on one cover and carrying a colt will be well received at Keeneland November,” said Carlo Vaccarezza, who owns the mare and weanling with John Williams. “Also selling the weanling half-brother to Jackie’s Warrior by American Pharoah will show what she’s capable of moving forward. John and I are extremely excited for this opportunity.” 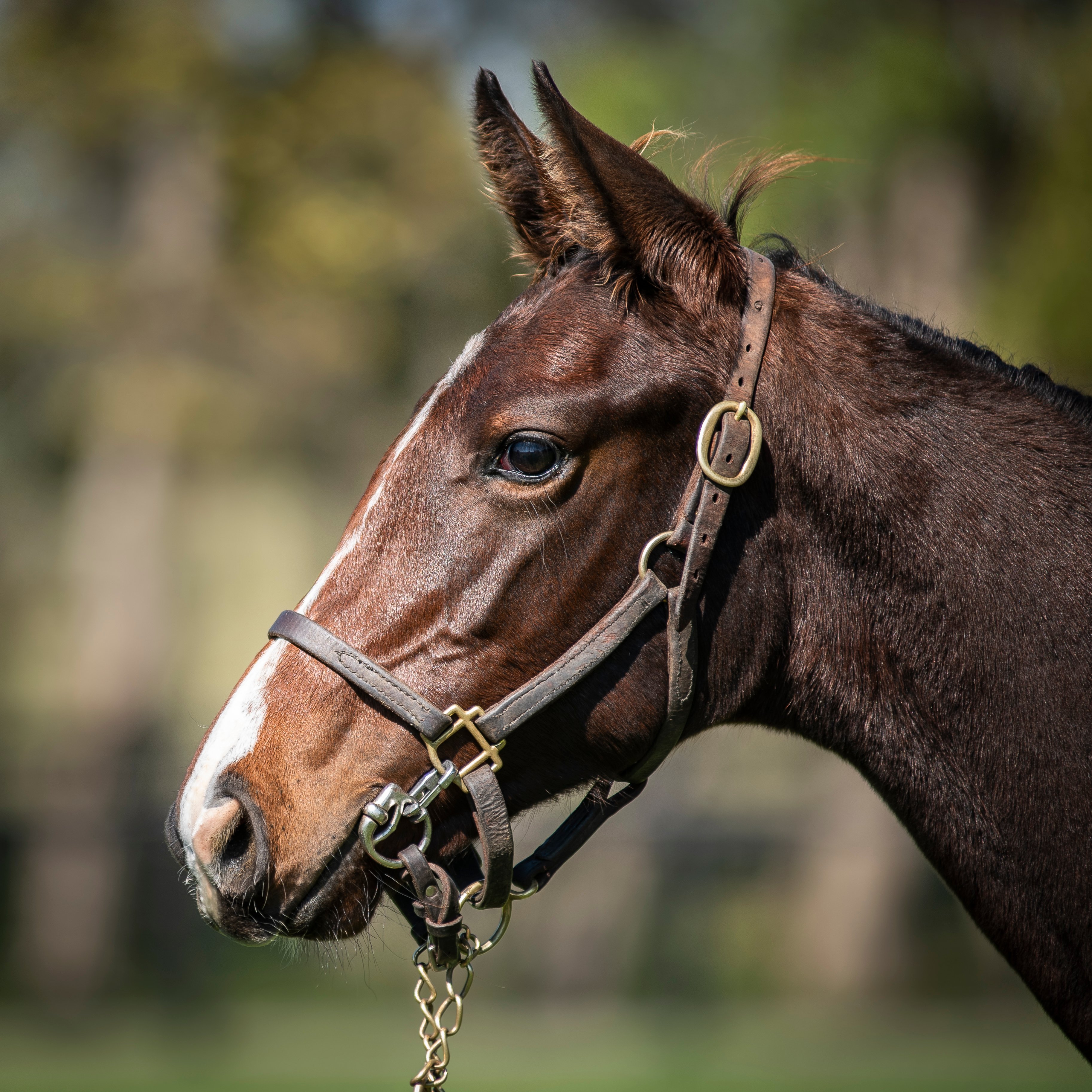 The Champagne continued Jackie’s Warrior’s roll this year. He won his June 19 career debut by 2½ lengths at Churchill Downs and next took the Aug. 7 Saratoga Special (G2) Presented by Miller Light by 3 lengths. On Sept. 7, Jackie’s Warrior captured the Runhappy Hopeful (G1) at Saratoga by 2¼ lengths in stakes-record time.

Unicorn Girl, by the A.P. Indy stallion A. P. Five Hundred, is in foal to the powerhouse Into Mischief, whose stud fee recently climbed to $225,000 for 2021. His recent headliners include Kentucky Derby (G1) hero Authentic and Test (G1) winner Gamine. Into Mischief was the leading sire by gross sales at the recent Keeneland September Yearling Sale, where 19 of his sons and daughters commanded $500,000 or more. Five sold for $1 million or more, including the $1.9 million sale-topping filly.

“There is no telling what Unicorn Girl can do with a foal by Into Mischief,” Beau Lane said. “She is a powerhouse. She tried her heart out every time she raced. She’s a quality mare who was an overachiever, and she passes that on to her babies. They have the same attitude. She is the kind that can give you that special horse.”

Unicorn Girl has a pedigree page loaded with quality. Out of stakes winner Horah for Bailey, she is a half-sister to eight winners, including stakes winner Bernie the Maestro, who earned $694,317, and a pair of stakes horses who banked nearly $200,000 each.

On the race track, Unicorn Girl was competitive, classy and sound. Racing on the East Coast, she won 19 races and earned $483,508 in 54 races.

“Jackie’s Warrior proved his star power with his dominating performance in the Champagne, and we look forward to seeing him at Keeneland for the Breeders’ Cup Juvenile,” Keeneland President-Elect and Interim Head of Sales Shannon Arvin said. “Keeneland is especially excited to offer his dam, Unicorn Girl, who is in foal to the popular stallion Into Mischief, and his weanling half-brother in the November Sale.”