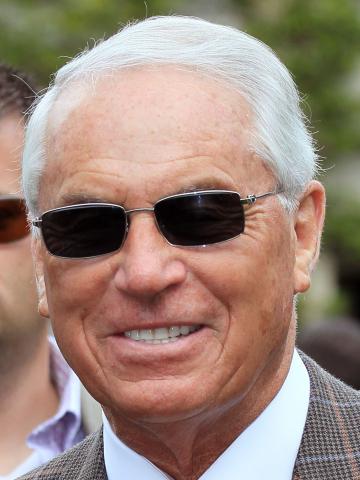 First Keeneland stakes win was the 1982 Ashland (G2) with Blush With Pride.

Latest stakes win was the 2018 Commonwealth (G3) with Warrior's Club.

Received the 2013 Eclipse Award of Merit.

Wayne grew up on a 10-acre farm in Wisconsin and gained exposure to horse racing at the Antigo County Fairgrounds, where he raced his pony. After graduating from the University of Wisconsin with a master’s degree in education, he coached high school basketball and served as an assistant coach at his alma mater. During the summers, he began racing horses at Park Jefferson in South Dakota.

After moving to California in 1972, he made a name for himself as a trainer of Quarter Horses, conditioning 23 world champions and dominating the sport as he later would Thoroughbred racing.