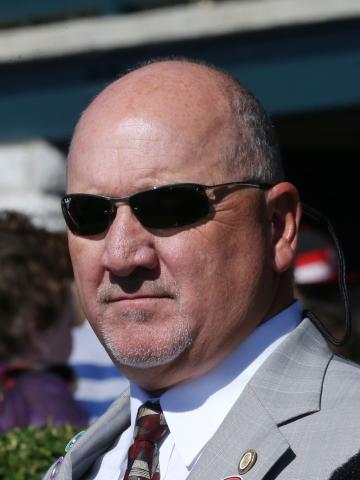 Fourth among the track's all-time leading trainers by wins (233) and sixth by stakes wins (28).

First Keeneland stakes win was the 1992 Green River with Warside.

Kenny grew up in Lexington and became interested in racing because his father, Ron, owned several Thoroughbreds. After graduating from the University of Kentucky with a degree in business administration, he took an entry-level job with a Keeneland-based stable and obtained his trainer’s license when his father asked him to oversee some of his runners. He saddled his first winner, Final Destroyer, at River Downs in October 1985.

In June 2005, Kenny decided his stable of 160 horses in six states had grown too large and that he could serve his clients’ interests better by concentrating on being a bloodstock agent. One of his purchases was future two-time Horse of the Year Curlin, sold for $57,000 as a yearling. Kenny turned the bulk of his stable over to longtime assistant, Helen Pitts. He returned to training in the spring of 2006.

Kenny owns and operates Magdalena Farm in Lexington. With his ex-wife, Sue Lustig McPeek, he developed the Horse Races NOW app, which allows users to watch racing on their movile devices and retrieve other racing information.