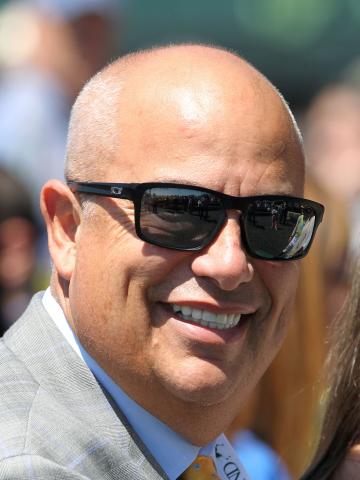 First Keeneland stakes win was the 2012 Darley Alcibiades (G1) with Spring in the Air. Won the race with My Conquestadory (2013) and Heavenly Love (2017).

Received the 2019 Big Sport of Turfdom award from Turf Publicists of America.

A trip in a horse van with his father, Norman Casse, to see Secretariat win the 1973 Kentucky Derby hooked Mark on racing. His father had a successful breeding operation in Indiana before moving his family to Ocala, Florida., where he established Cardinal Hill Farm. Norman retired as chairman of the board of the Ocala Breeders’ Sales in 2006 after more than 40 years involvement in the industry.

For a portion of the year, Mark maintains a string at Keeneland with assistant David Carroll. War of Will, winner of the 2019 Preakness (G1), has trained at Keeneland.

Mark’s son, Norm, was his top assistant until going out on his own in 2018.