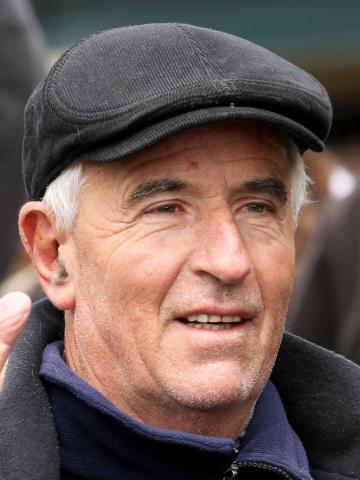 First Keeneland stakes win was the 1991 Blue Grass (G2) with Strike the Gold, who next won the Kentucky Derby (G1).

Inducted into the Racing Hall of Fame in 2005.

Nick grew up near Aqueduct in Queens, New York, and was 9 when he started going to the track with his father. Rules at the time prevented him from entering the grounds, so he’d spend the day with a security guard. Nick’s first job on the track was as a hotwalker while still a teenager. He became a groom for trainer Buddy Jacobson and worked for trainer Bob Lake. Nick was an assistant to trainer Johnny Campo for four years and to Racing Hall of Famer LeRoy Jolley before going out on his own in 1972 at the age of 24 with two horses.

In his Hall of Fame induction speech, Zito thanked by name members of his family, staff, racing officials, sportswriters, friends, veterinarians and owners he said had an impact on his career. “You can’t get into the Hall of Fame by yourself,” he said. “There's no way.”

Nick and his wife, Kim, are advocates for Thoroughbred aftercare.

On Feb. 16, 2017, at Gulfstream Park, Zito recorded the 2,000th victory of his career when Forever Plus won the second race.

"The way these young trainers win 4,000 and 5,000 (races), I feel like the oldest guy in Little League,” he said following a winner’s circle ceremony marking the milestone. “It feels great. It’s been a long journey. Thank God, we're probably at the top of the stretch, where we still have a quarter of a mile left. That’s what we’re trying to do, keep it going.”