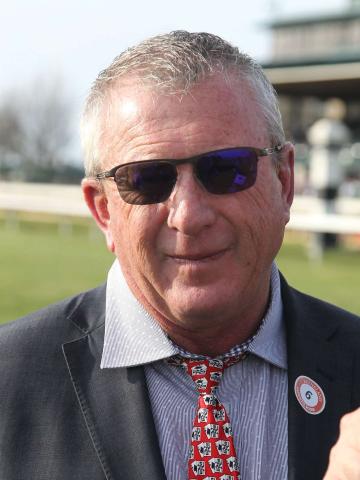 Sent out his first Keeneland winner during the 2012 Spring Meet.

Sent out Lightstream to win the 2016 Beaumont (G3) and Lexus Raven Run (G2) during the Fall Meet.

Won the 2021 TVG Limestone Turf Sprint during the Spring Meet with Tobys Heart.

Brian, whose family was involved in horse racing in his native Australia, grew up across the street from a race track, where he launched his training career. He left Australia for North America in 1986 to ride bulls on the professional rodeo circuit. Brian said while he never made a lot of money on the rodeo circuit he had a good time.

Brian returned to the race track, working for Hall of Fame trainer Bobby Frankel in Southern California while Frankel conditioned such horses as 2004 Horse of the Year Ghostzapper. In 2005, Brian left California for Woodbine to handle a division of horses that Frankel trained for Frank Stronach’s Adena Springs. He began training on his own at Woodbine in 2006 and won Canada’s most famous race, the Queen’s Plate, in 2015 with Stronach’s Shaman Ghost.

In a nod to his Australian roots, Brian’s saddle towels feature a kangaroo.