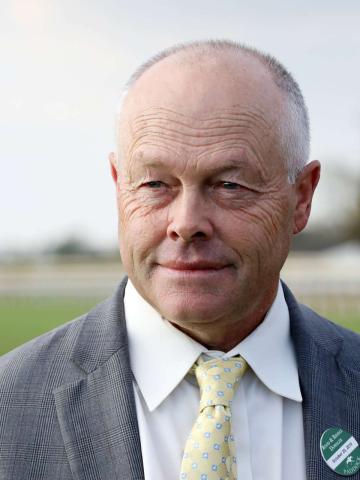 First Keeneland stakes win was the 2014 Buffalo Trace Franklin County, won by Free as a Bird.

Ian grew up on a dairy farm in New South Wales in Australia and began working with racehorses as a groom and exercise rider at age 16. He worked in the stables of Paul Sutherland, Vic Thompson Jr. and Colin Hayes. During his two years with Hayes, he arranged through a mutual friend to come to the U.S. and work for Racing Hall of Fame trainer Carl Nafzger.

After arriving in the U.S. in 1989, Ian galloped horses for 1 1/2 years. One of his regular mounts was Unbridled, who won the 1990 Kentucky Derby (G1) and Breeders’ Cup Classic (G1) en route to earning an Eclipse Award as champion 3-year-old colt. Ian returned home for three years to train racehorses but rejoined Nafzger in 1993, serving as the stable’s top assistant until early 2006. Wilkes was Nafzger's key assistant when Street Sense won the 2007 Kentucky Derby after finishing second in the Toyota Blue Grass (G1). His wife, Tracey, was one of Street Sense's exercise riders.

As Nafzger retired, his horses were transferred to Wilkes.