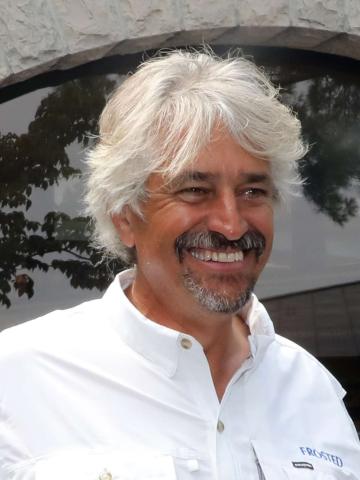 Became the winningest trainer in North America when he sent out Stellar Tap to win the fifth race at Saratoga on Aug. 7, 2021. With the win, he had 9,446 wins to surpass the late Dale Baird.

2016 inductee into the Racing Hall of Fame.

The Asmussen family has long been involved in racing. Steve’s parents, Keith and Marilyn, operate El Primero Training Center in Laredo, Texas. Keith is a former jockey who rode the American Quarter Horse Vespero to win the 1978 Kansas Futurity at Ruidoso Downs. Marilyn trained Vespero and became the first woman to train the winner of a major race for the sprinters. Steve’s brother, Cash, is an Eclipse Award-winning apprentice jockey who became a champion rider in Europe.

Working on the farm while growing up, Steve was a jockey for a little over two years. “No one would believe me if I didn’t have the pictures to prove it,” he told Daily Racing Form. “My parents were 5’5” and 5’2”. I don’t know what happened.” He grew to be more than six feet tall. Steve returned to the family training center to break yearlings and in 1986 began training on his own in New Mexico with some of his family’s horses.

Asmussen's son, Keith James Asmussen, has been a jockey in 2023.