A Day in the Life: Volume I 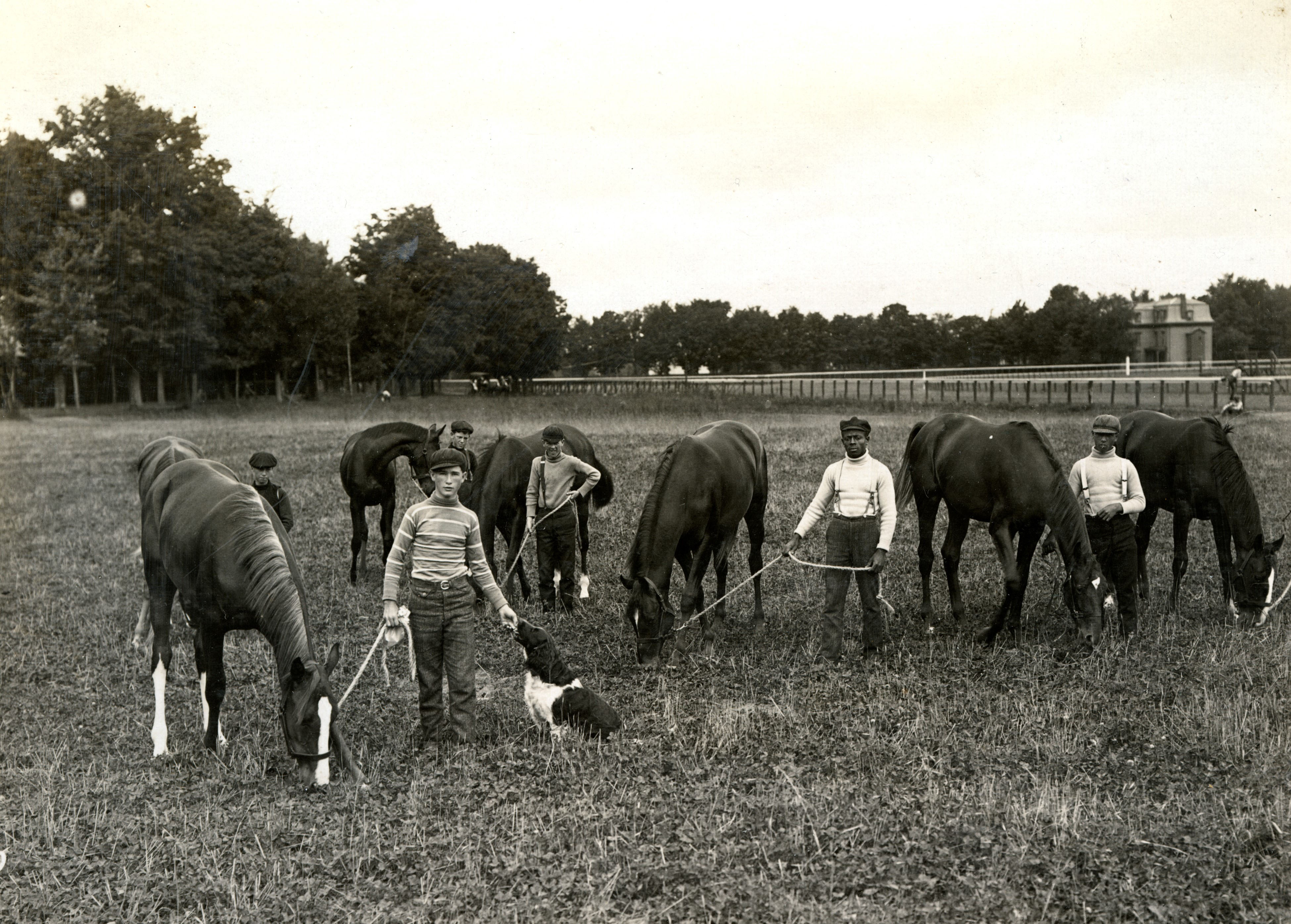 The Keeneland Library is home to the largest known surviving body of work of late 19th/early 20thcentury photographer John C. Hemment. An avid athlete and photographer, Hemment was an early pioneer in the use of cameras to capture the finishes of close races, both human and horse.

Although Hemment’s work predates actual photo finish technology by decades, his experimentation with different lenses and shutter speeds led to some of the earliest discussions of “photo finish.” As early as 1890, Hemment was the official track photographer for the Coney Island Jockey Club in New York City. He soon covered other tracks in Brooklyn, the Bronx, and at Saratoga. Although his early emphasis was the finish line, Hemment’s work spanned every aspect of the track – from the backside to winner’s circles, and from posed shots of industry greats to candid reflections of daily life in and around the sport.

In addition to his work as a track photographer, Hemment was the photographer of record on several polar and African expeditions. He was a war photojournalist, recording the wreckage of the USS Maine in the Caribbean during the Spanish-American War as well as American Red Cross efforts during World War I.

Hemment’s work bears a signature rawness. His eye for reflecting an unfiltered reality through his lens drove the curation process of what will be a two-part exhibit series. Each exhibited photograph conveys a single moment in the day of grooms, exercise riders, farriers, bookies, jockeys, track officials, trainers, and stable boys at the turn of the 20thcentury. Many of the people featured in these photographs have been lost to history, but their often unsung efforts comprised the backbone of the industry then just as they do today.

For access to the virtual exhibit, visit “A Day in the Life: Volume I” in the library’s online exhibit gallery.